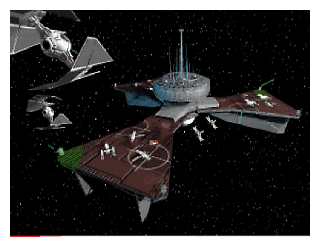 Cool Geek Culture! Now you can play an old DOS game from 1994 in the Chrome Browser or the Chrome OS! Nostalgia rules!

“TIE Fighter, a 1994 space flight simulator/space combat computer game, is the sequel to Star Wars: X-Wing, and the first game of the series that puts the player on the side of the Galactic Empire.

A notable improvement is the flight engine, which supports Gouraud shading, an effect that makes curves and mass appear more realistic. There are many flight options added, like flight dialogues and messages, a message log, a list of objectives, ships’ status and behaviour, a three dimensional heads-up display, a sub-target system, and other improvements.”