Start the Video Netcast in the Blubrry Video Player above by
clicking on the “Play” Button in the center of the screen.
(Click on the buttons below to Stream the Netcast in your “format of choice”)
(Right-Click on any link above, and select “Save As…” to save the Netcast on your PC.)
Available on YouTube at: https://youtu.be/WZ1VnNJDE3k
Available on Vimeo at: https://vimeo.com/44994655

Start the Video Netcast in the Blubrry Video Player above by
clicking on the “Play” Button in the center of the screen.
(Click on the buttons below to Stream the Netcast in your “format of choice”)
(Right-Click on any link above, and select “Save As…” to save the Netcast on your PC.)
Available on YouTube at: https://youtu.be/WZ1VnNJDE3k
Available on Vimeo at: https://vimeo.com/44994655

And now, Gmail has overtaken Microsoft’s Hotmail as the world’s most used mail service. Google is on a roll (all over M$!)

“Gmail has surpassed Hotmail as the world’s largest email service, according to figures revealed in a post on Google’s blog on Thursday.

‘Gmail, which launched in 2004, has evolved from a simple email service to the primary mode of communication for more than 425 million active users globally,’ wrote Google SVP for Chrome and Apps, Sundar Pichal.

Google wasn’t willing to independently verify that it had overtaken Microsoft’s popular email service, but if the figures are correct it represents significant growth for Gmail, which according to Google had just 350 million active users in January.

The steep increase could be attributable to the recent upsurge in Android phones, which require a Google account in order to access the firm’s app store, Google Play. Google said at its I/O Conference keynote on Wednesday that 400 million Android phones have been sold thus far.

While it’s probable that many people have multiple accounts, the figure is still an impressive number, equivalent to nearly a fifth of internet users in the world.

However, according to figures release last month from internet analysis group Comscore, Google has just 289 million users in May, with Microsoft’s Hotmail holding 325 million and Yahoo claiming 298 million.

We are awaiting comment from Microsoft regarding Google’s latest figures on Gmail adoption.”

More and more businesses and universities are switching to Google applications for their base “Office apps.” Quite an in-road on M$’s business!

Gmail Now Has 425 Million Users, Google Apps Used By 5 Million Businesses And 66 Of The Top 100 Universities

“Google announced that Gmail now has 425 Million users at its annual Google I/O developer conference today. It’s being used by government agencies in 45 states and 66 of the top 100 universities in the U.S. have already gone Google. Google also announced that over 5 million businesses have now ‘gone Google.’ This, says Google, includes a number of large companies, including Roche, KLM and others.

Google’s Sundar Pichai also noted that its Google+ social layer on top of many of its apps allows users to do things that ‘you just can’t do with Sharepoint.’ Google especially focused on Google+ Hangouts in its demos today and featured a video of Hall and Oates collaborating on songwriting over Hangouts (‘Just try doing that with Sharepoint.’).

He also noted that ‘the web has changed since 2004.’ Static websites have now been replaced with dynamic, rich web apps like Gmail thanks to AJAX other technologies.

Geek Software of the Week: Fog!

Need to back-up or clone a lot of Windows systems on your network? Set up a Linux server with “FOG” and do it from a central web page! Cool stuff!

“FOG is a Linux-based, free and open source computer imaging solution for Windows XP, Vista and 7 that ties together a few open-source tools with a php-based web interface. FOG doesn’t use any boot disks, or CDs; everything is done via TFTP and PXE. Also with fog many drivers are built into the kernel, so you don’t really need to worry about drivers (unless there isn’t a linux kernel driver for it). FOG also supports putting an image that came from a computer with a 80GB partition onto a machine with a 40GB hard drive as long as the data is less than 40GB.

Fog also includes a graphical Windows service that is used to change the hostname of the PC, restart the computer if a task is created for it, and auto import hosts into the FOG database. The service also installs printers, and does simple snap-ins.

The FOG server, by default, provides DHCP, NFS, PXE, FTP, HTTPD, and WOL services to the clients on the network. All computers on the network should have PXE boot as their first boot device, then as is shown by client 1, FOG will chose if the machine should boot the FOG image, or to the local hard disk. Client 2 in the diagram is pushing an image to the server and storing it using NFS, where it could later be pushed down to other computers. The manager is the machine that controls all the tasks of the FOG server. The manager can be any web enabled device from an IPod touch with Safari to a XP desktop top running IE.”

“Scientists in the United States have developed a paint that can store and deliver electrical power just like a battery.

Traditional lithium-ion batteries power most portable electronics. They are already pretty compact but limited to rectangular or cylindrical blocks.

Researchers at Rice University in Houston, Texas, have come up with a technique to break down each element of the traditional battery and incorporate it into a liquid that can be spray-painted in layers on virtually any surface.

‘This means traditional packaging for batteries has given way to a much more flexible approach that allows all kinds of new design and integration possibilities for storage devices,’ said Pulickel Ajayan, who leads the team on the project.

The rechargeable battery is made from spray-painted layers, with each representing the components of a traditional battery: two current collectors, a cathode, an anode and a polymer separator in the middle.

The paint layers were airbrushed onto ceramics, glass and stainless steel, and on diverse shapes such as the curved surface of a ceramic mug, to test how well they bond.

One limitation of the technology is in the use of difficult-to-handle liquid electrolytes and the need for a dry and oxygen-free environment when making the new device.

The researchers are looking for components that would allow construction in the open air for a more efficient production process and greater commercial viability.”

Google Scientists Create a Computer That Finds Cats on the Internet! 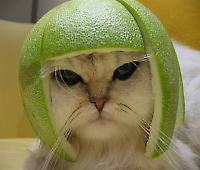 No, I’m not kidding! Imagine not knowing what a cat is, but “discovering” the concept of “cat” and then being able to identify “essential catness” enough to find cats on the Internet. Well, now imagine that it is a computer doing that. Cool! That’s what Google engineers have wrought!

“Google scientists working in the company’s secretive X Labs have made great strides in using computers to simulate the human brain.

Best known for inventing self-driving cars and augmented-reality eyewear, the lab created a neural network for machine learning by connecting 16,000 computer processors and then unleashed it on the Internet. Along the way, the network taught itself to recognize cats.

While the act of finding cats on the Internet doesn’t sound all that challenging, the network’s performance exceeded researchers’ expectations, doubling its accuracy rate in identifying objects from a list of 20,000 items, according to a New York Times report.

To find the cats, the team fed the network thumbnail images chosen at random from more than 10 billion YouTube videos. The results appeared to support biologists’ theories that suggest that neurons in the brain are trained to identify specific objects.

‘We never told it during the training, ‘This is a cat,” Google fellow Jeff Dean told the newspaper. ‘It basically invented the concept of a cat.’
Falling computing costs has led to significant advancements in areas of computer science such as machine vision, speech recognition, and language translation, The Times noted.

Machine learning is useful for improving translation algorithms and semantic understanding and a favorite topic of Google co-founders Sergey Brin and Larry Page, according to Google.”

iTunes now has the Podcast App that we said was coming. Well, it is here! Check it out!

“Podcasts app is the easiest way to discover, subscribe to and play your favorite podcasts on your iPhone, iPad, and iPod touch. Explore hundreds of thousands of free audio and video podcasts from the Podcasts Catalog, and play the most popular podcasts, organized for you by topic, with the all-new Top Stations feature.

• Enjoy all of your audio and video podcasts in a single app
• Explore hundreds of thousands of podcasts including shows in over 40 languages
• Try the innovative new Top Stations feature to find new podcast series in a variety of topics, including arts, business, comedy, music, news, sports, and more.
• Browse by Audio or Video podcasts, or see what’s most popular in Top Charts
• Tap subscribe for your favorites and automatically receive new episodes for free as they become available
• Stream episodes or download to listen while offline
• Skip forward and back using simple playback controls
• Turn on Sleep Timer to automatically stop playing a podcast while listening in bed
• Share your favorite episodes with friends using Twitter, Messages and Mail
• Optionally sync your favorite episodes from iTunes on your Mac or PC
• Sync your episode playback for seamless transition between devices”

Be sure to subscribe to the Dr. Bill.TV show, the Hand Held Hack, and VirtZine via iTunes’ new Podcast App!

Start the Video Netcast in the Blubrry Video Player above by
clicking on the “Play” Button in the center of the screen.
(Click on the buttons below to Stream the Netcast in your “format of choice”)
(Right-Click on any link above, and select “Save As…” to save the Netcast on your PC.)
Available on YouTube at: https://youtu.be/K7q_AqYJeUk
Available on Vimeo at: https://vimeo.com/44634297

Start the Video Netcast in the Blubrry Video Player above by
clicking on the “Play” Button in the center of the screen.
(Click on the buttons below to Stream the Netcast in your “format of choice”)
(Right-Click on any link above, and select “Save As…” to save the Netcast on your PC.)
Available on YouTube at: https://youtu.be/K7q_AqYJeUk
Available on Vimeo at: https://vimeo.com/44634297
1 2 3 4 »