Geek Software of the Week: DirectoryPass!

Since so much is in the news this week and last on security issues, I figured a security-based GSotW would be a good idea!

Let’s say that you run a web site hosted on a web server running Apache (how wise you are!) And, let’s say that you wanted to password protect a directory off your server via a .htaccess file. You could teach yourself to code the password into the file, or you could simply download and set up DirectoryPass!

DirectoryPass also gives you a web-based screen to manage usernames and passwords to web directories as well. Very cool stuff!

LinkedIn has been comfirmed, and security experts believe that the dating site, eHarmony may be involved in the password dump as well. An unknown hacker posted the cryptographic hashes for the passwords, and has asked for help in decrypting them. He said in his post, “These are the ones I can’t crack.”

Someone with the username “dwdm” posted the information and in less than two hours, 76% of the posted list was hacked.

If you have an account on LinkedIn… change it now. I changed mine! I don’t have (or need, since I am happily married!) an account on eHarmony, but if you have one, change that one as well!

Last Night IPv6 Went Live On the Backbone of the Internet!

IPv6 Day: Only the Biggest Change to the Internet Since Its Inception

It’s only the most significant architectural development in the history of the Internet, and presto, it transpired last night at 00:01 GMT. Did you notice?

I’m betting not, and that you probably didn’t even know it was happening, which is precisely how things were supposed to go down. Don’t worry, you’re fine, you don’t need to do anything, and as far as most of the Internet is concerned, turning on IPv6 — of tectonic caliber at the architectural level, minus the earthquakes — won’t impact how you interact with the Internet any time soon. But it will eventually. And it was necessary, to prevent the Internet from running out of real estate.

Thus ‘IPv6 Day,’ which is what participants have dubbed June 6, 2012, the day some of the world’s biggest Internet service providers like AT&T, Cisco, Comcast, Facebook, Google, Microsoft and TIME’s own parent company, Time Warner, enable IPv6 permanently on their hardware. It’s the followup to World IPv6 Day, which occurred a year ago on June 8, 2011, when providers turned on IPv6 for a single day in a kind of symbolic ‘time to pay attention to this’ act.” 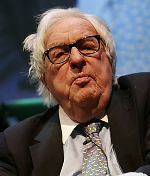 Iconic science fiction author, Ray Bradbury, is dead at the age of 91. He was born the same year as my father. I read his work as a kid. Wow.

(CBS/AP) Ray Bradbury, the writer best known for his dystopian novel “Fahrenheit 451,” died Tuesday night in Los Angeles. He was 91.

Reached at Bradbury’s home, his daughter, Alexandra Bradbury, says her father died Tuesday night in Southern California. She did not have additional details.

Bradbury had a lengthy career of writing everything from science-fiction and mystery to humor. He transformed his childhood dreams and Cold War fears into telepathic Martians, lovesick sea monsters, and a high-tech, book-burning future in “Fahrenheit 451.”

He also scripted the 1956 film version of ‘Moby Dick’ and wrote for ‘The Twilight Zone.’

Bradbury’s series of stories in ‘The Martian Chronicles’ was a Cold War morality tale in which events on another planet served as a commentary on life on this planet. It has been published in more than 30 languages.

‘If I had to make any statement, it would be how much I love and miss him, and I look forward to hearing everyone’s memories about him, Danny Karapetian, Bradbury’s grandson, told science website io9. ‘He influenced so many artists, writers, teachers, scientists, and it’s always really touching and comforting to hear their stories.'”

QuickOffice is a simple, yet powerful office suite for mobile devices. Google has scooped them up in order to prepare for their “battle” to come with rival Microsoft once they start pushing Windows 8 on all devices.

“Google has acquired Quickoffice for an undisclosed sum and the move is billed as a way to bridge Google Apps, mobile and Quickoffice.

All of those points are true, but the timing of the Google-Quickoffice deal makes a lot of sense. Why? Microsoft has Windows 8 on the runway, is touting new form factors and Office will be the main productivity case for the company.

When you add up the moving parts, Microsoft Office is probably the most compelling reason to use a Windows 8 tablet going forward—at least for businesses. Microsoft is likely to integrate Windows 8 and Office in a big way. In other words, Microsoft’s big mobile plays will depend on Office.

From the Google side of the equation, the search giant has the following assets:

I always suspected that he did. 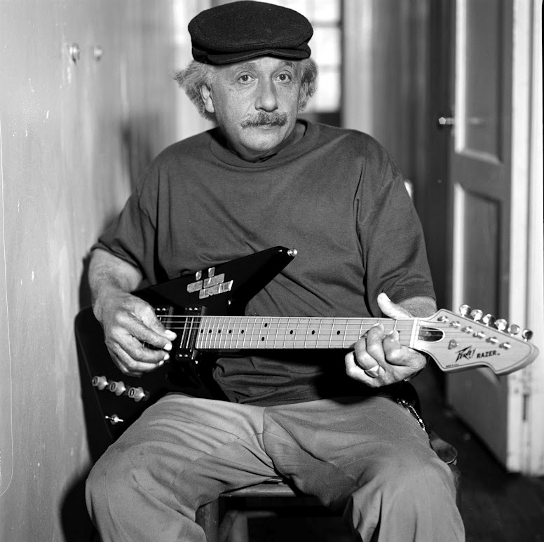 Now I have proof! (Disclaimer: It may be photoshopped, but, in any case, it is fun!)

People Over 55 May be Safer On-Line!

This may be simply that Gen Y folks just don’t care about their security online, rather than that us 55+ folks are “safer.” However, it makes sense that we care more about security.

“Sorry, gen Y: Your parents are smarter about safety online.

Despite the digital savvy of younger generations, people over age 55 pick passwords that are twice as secure as those chosen by people under age 25, according to a new study by University of Cambridge computer scientist Joseph Bonneau.

‘There is a general trend towards better password selection with users’ age,’ Bonneau wrote in his study, the largest ever of password security, which was presented at the 2012 IEEE Symposium on Security and Privacy.

But before older websurfers start crowing, take note of Bonneau’s larger conclusion: no one makes passwords that are secure enough, regardless of age.

‘The most troubling ?nding of our study is how little password distributions seem to vary … with effective security varying by no more than a few bits,’ he wrote.

On average, he found that it would only take around 1,000 attempts to try every possible password and eventually crack them, according to an analysis in New Scientist. That’s surprising, because even a randomly chosen six-character password composed of digits and upper and lower case letters should offer far more security.

Start the Video Netcast in the Blubrry Video Player above by
clicking on the “Play” Button in the center of the screen.
(Click on the buttons below to Stream the Netcast in your “format of choice”)
(Right-Click on any link above, and select “Save As…” to save the Netcast on your PC.)
Available on YouTube at: https://youtu.be/-RUSU5tu2D8
Available on Vimeo at: https://vimeo.com/43386380

Start the Video Netcast in the Blubrry Video Player above by
clicking on the “Play” Button in the center of the screen.
(Click on the buttons below to Stream the Netcast in your “format of choice”)
(Right-Click on any link above, and select “Save As…” to save the Netcast on your PC.)
Available on YouTube at: https://youtu.be/-RUSU5tu2D8
Available on Vimeo at: https://vimeo.com/43386380

This sounds good for privacy concerns, but, obviously is bad for the commercial concerns of those doing the tracking!

In Ad Network Nightmare, Microsoft Making ‘Do Not Track’ Default for IE 10

“Microsoft announced Thursday that the next version of its browser, IE 10, will ship with the controversial “Do Not Track” feature turned on by default, a first among major browsers, creating a potential threat to online advertising giants.

That includes one of Microsoft’s chief rivals — Google.

The change could also threaten the still-nascent privacy standard, and prompt an ad industry revolt against it.

Do Not Track doesn’t attempt to block cookies — instead it sends a message to every website you visit saying you prefer not to be tracked. That flag is currently optional for sites and web advertising firms to obey, but it’s gaining momentum with Twitter embracing it last week.

The proposal also has the backing of the FTC, which has grown deeply skeptical of the online ad industry’s willingness to play fairly with users and has threatened to call for online privacy legislation. After initially opposing the idea, the online ad industry is now seeking to soothe the feds by hammering out rules that aren’t too tough on data collection. The hope then is that not many users avail themselves of the tool, and then not much has to change in how ad companies build profiles of users in order to sell premium-priced targeted ads.”