This is a new Open Source project that provides a multi-media server similar to Wowza Media Server. Check it out!

We are proud to announce that after three years of research, development and testing we are now ready to release our multi-standard multimedia streaming server.

Mistserver is a true next generation media server, designed with the future needs of media in mind. Our software allows for limitless scalability, is extremely efficient, compact and stable, with the added benefit of the lowest total cost of ownership.

Built entirely modular from scratch, keeping up support for the rapidly developing world of media becomes possible; in fact – our software can be updated without any service interruptions, not just minor upgrades but even adding support for new protocols on the fly.

Mistserver
The main design concept in mind here is modularity. The server software was designed from the ground up to be modular in respect to supported protocols and encodings, so that new advances in these fields could easily and quickly be added to the server without having to redesign or rewrite any parts of it. Every connected user starts up a new process on the server. This effectively means that if somehow a viewer manages to crash the server process, only that viewers’ connection will be affected. All other viewers will be able to keep using the server unimpaired. This additionally means that Connectors that are not currently in use do not require system resources, and problems with one Connector will not be able to affect the others.

Mistcenter
Traditionally servers are setup once and entirely by hand. Setting up a network of servers requires insight in network topology and can be very error-prone. Our solution changes this concept entirely: instead of setting up every server by hand the requested performed operations by all servers as a whole are setup from a central point (through the API or Mistcenter). This wanted server behaviour is then automatically translated into per-server configurations and uploaded to all the servers by the system. Not only does this simplify server setup, but it allows dynamic reconfigurations – either manual or automatic. For example it is possible to set fifty servers to stream three streams equally divided between them but when necessary two-thirds of these servers can be allocated to a single stream. This can be done within minutes and without interrupting service.

Miststeward
DDVTECH invented a new routing technique for optimizing mass volume connections in CDN networks; Miststeward contains algorithms that are continuously fed with network performance data from the servers (and connections) about the Latency, the # of Hops and the Throughput. For each connection, server, etc, the stewards are calculating an ‘NP-index’ network performance index) varying from ‘near zero’ (= good, high performance) up to ‘infinity’ (low performance). The idea is that when a network is optimized in a smart way using this type of dynamic performance data a) the network becomes more efficient than traditional networks, b) the network can respond to crashes and other problems and is capable of taking preemptive action (faster and better than humans!) and c) even be self-learning and optimizing.”

Start the Video Netcast in the Blubrry Video Player above by
clicking on the “Play” Button in the center of the screen.
(Click on the buttons below to Stream the Netcast in your “format of choice”)
(Right-Click on any link above, and select “Save As…” to save the Netcast on your PC.)
Available on YouTube at: https://youtu.be/tp37tIm7qgs
Available on Vimeo at: https://vimeo.com/55686179

Start the Video Netcast in the Blubrry Video Player above by
clicking on the “Play” Button in the center of the screen.
(Click on the buttons below to Stream the Netcast in your “format of choice”)
(Right-Click on any link above, and select “Save As…” to save the Netcast on your PC.)
Available on YouTube at: https://youtu.be/tp37tIm7qgs
Available on Vimeo at: https://vimeo.com/55686179

YES! There is a Netflix App for Linux!

So, Dr. Bill, you found a Netflix app for Linux? Well, yes, and no. I saw it on Nixie Pixel’s Linux tips, so technically Nixie found it, I just took advance of it!

So, how do you do it? Like this!!! (“$” below represents your Linux command prompt, which may vary!)

To install on Ubuntu or Linux Mint –
Start your terminal session

For Fedora (only for 32 bit systems) –
Start your terminal session

To run Netflix from the command line:
$ sh /usr/bin/Netflix.sh

Is Open Source Beginning to “Horn In” On Microsoft’s Monopoly?

Combine the new features of Samba 4 with an Open Source version of Exchange like OpenChange, and Microsoft could be looking at a BIG problem! Small-to-Medium-Sized Businesses could run pretty much as though they were a Windows shop, almost free (except for the client costs!) Check out the OpenChange Open Source Project at this location:

Antitrust settlements are not just meant to punish corporations that abuse their dominant market position; they are also meant to remedy the abuse and restore competition to the affected market. In the real world, this rarely happens. But Samba version 4, released yesterday, could become one of the first open source projects to deliver an effective remedy.

When Microsoft was charged with antitrust violations by a European court in 2004, they agreed to make all the information for network authentication with Active Directory available on fair terms. With substantial effort, the open source Samba project was able to negotiate terms that resulted in documentation becoming available to the project.

In its efforts to demonstrate compliance, Microsoft went beyond mere licensing to actively support interoperability testing for the new code. Jeremy Allison, one of the core Samba developers, told me:

The team behind the Samba file, print, and authentication server suite for Microsoft Windows clients announced the release of Samba version 4 yesterday. This version includes significant new capabilities that offer an open source replacement for many enterprise infrastructure roles currently delivered exclusively by Microsoft software, including acting as a domain controller, providing SMB2.1 protocol support, delivering clustering, and offering a virtual filesystem (VFS) interface. It comes with Coverity security certification and easy upgrade scripts. The release notes include details of all changes.

Notably, this includes the first open source implementation of Microsoft’s Active Directory protocols; Samba previously only offered Windows NT domain controller functions. According to the press release, ‘Samba 4.0 provides everything needed to serve as an Active Directory Compatible Domain Controller for all versions of Microsoft Windows clients currently supported by Microsoft, including the recently released Windows 8.'”

Watch the demo video, and remember this is from a UK site, so he pronounces “beta” as “bee-tuh” rather than “bay-tuh,” but that is a cultural dialect thing, so cut them some slack!

“‘Steam for Linux’ will be available for everyone to try from next week, after spending just over a month as a limited beta.

Valve cite the ‘stability of the client’ as allowing for the beta to be opened up to more users.

‘The Open Beta will be available to the public and will increase the current population from 80K to a higher number,’ they wrote in a message to the closed Steam for Linux Mailing List.

As we noted earlier this month, System Requirements for some Linux games are now being listed on the Steam Store.

The list – see below – is not exhaustive. Games developers are being encouraged to submit their ‘minimum’ and ‘recommend’ System Requirements to Valve for publishing ‘ASAP’.

A handful of other changes will accompany the Open Beta according to Valve. These include: 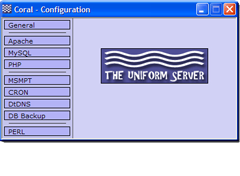 This is a truly different, and useful GSotW! It allows you to easily run a WAMP environment which you can use to run, test, and build a web server that will allow you to build and test web applications, which can then be moved to production servers. Pretty cool stuff!

“The Uniform Server is a lightweight server solution for running a web server under the WindowsOS. Less than 10MiB, it includes the latest versions of Apache2, Perl5, PHP5, MySQL5, phpMyAdmin and more. No installation required! No registry dust! Just unpack and fire up! The Uniform Server is a WAMP solution that allows you to run a web server on any Microsoft Windows OS based computer. It is small and mobile to download or move around and can also be used or setup as a production/live server.

The miniServers are separate servers in their own right however they are based on the Uniform Server control architecture. The Uniform Server PHP MiniServer provides a graphical user interface to the PHP 5.4.* built-in web server.

All applications are set to the highest security setting for a production live server.

Run it live straight out of your USB stick on any PC. No installation or registry dust involved.

Updates are rolled out with the latest release of each application & components.

Preset for logs and error logs.

A Support Community to help when you need it.

Plus, a 16 foot asteroid JUST missed hitting earth on Tuesday! Check it out!

A 16-foot asteroid narrowly missed Earth by a mere 8,900 miles on Tuesday morning

And, thanks to the amazing power of spelling checkers on computers, 1 out of 5 kids will get a visit from “satan” this year for Christmas! Is it a weird time, or what?

A friend of mine says IE is the “safest browser on the Internet”… yeah, right! No matter how much lipstick you put on a pig, it is still a pig! Move to Chrome, or Firefox. Just sayin’!

Nick Johnson, who previously worked for Google before joining Spider.io, posted details of the flaw on the Bugtraq mailing list this morning.

‘Internet Explorer’s event model populates the global Event object with some attributes relating to mouse events, even in situations where it should not. Combined with the ability to trigger events manually using the fireEvent() method, this allows JavaScript in any web page (or in any iframe within any web page) to poll for the position of the mouse cursor anywhere on the screen and at any time — even when the tab containing the page is not active, or when the Internet Explorer window is unfocused or minimized.’

Knowing the position of the cursor has significant ramifications for authentication systems that use a virtual keyboard as a means to circumvent keyloggers. Virtual keyboards that randomize key placement would likely be unaffected.

Johnson also believes that it would be relatively trivial for an attacker to use the flaw on high-traffic and generally trusted sites by purchasing advertising space on popular sites.

“Through today’s ad exchanges, any site from YouTube to the New York Times is a possible attack vector. Indeed, the vulnerability is already being exploited by at least two display ad analytics companies across billions of web page impressions each month.”

The nature of the flaw means that the tracking of cursor movements is not simply restricted to Internet Explorer either. According to Johnson, so long as the page remains open, even if it has been placed in a background tab or the entire Internet Explorer application is minimized, it will continue to log movements.”

Start the Video Netcast in the Blubrry Video Player above by
clicking on the “Play” Button in the center of the screen.
(Click on the buttons below to Stream the Netcast in your “format of choice”)
(Right-Click on any link above, and select “Save As…” to save the Netcast on your PC.)
Available on YouTube at: https://youtu.be/ZL_2M05w5s8
Available on Vimeo at: https://vimeo.com/55244742
« 1 2 3 »