Yes, yesterday (July 12th) was the 5th anniversary of the Apple App Store. We now use the term “app” among the general populace, and (for the most part) they know what we geeks are talking about! Pretty neat actually! We now have the “Google Play” App Store for Android, and even business oriented products like Citrix XenApp, and VMware Horizon Suite have “App Store”-like paradigm’s to relate to those of us that expect to find applications in an “app store.” Pretty decent adoption of a concept in five short years!

Can I Stream It? is a search engine that allows you to find a show or movie on-line (if it’s out there) so you can “cut the cord” of cable TV and go all on-line streaming! How cool is that?! 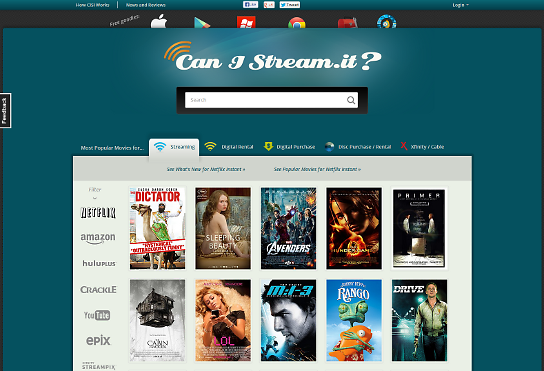 You can find it at: https://www.canistream.it/

Dr. Bill’s lazy vacation explanation! By the way, did you know that you can get 20 gig of highly secure storage FREE from a site called “COPY” when you sign up? Then, you get 5 gig more with every person that you refer… So, click THIS LINK to get it!

Start the Video Netcast in the Blubrry Video Player above by
clicking on the “Play” Button in the center of the screen.
(Click on the buttons below to Stream the Netcast in your “format of choice”)
(Right-Click on any link above, and select “Save As…” to save the Netcast on your PC.)
Available on YouTube at: https://youtu.be/ul3WLzdoQdI
Available on Vimeo at: https://vimeo.com/69999786

Dr. Bill’s lazy vacation explanation! By the way, did you know that you can get 20 gig of highly secure storage FREE from a site called “COPY” when you sign up? Then, you get 5 gig more with every person that you refer… So, click THIS LINK to get it!

Start the Video Netcast in the Blubrry Video Player above by
clicking on the “Play” Button in the center of the screen.
(Click on the buttons below to Stream the Netcast in your “format of choice”)
(Right-Click on any link above, and select “Save As…” to save the Netcast on your PC.)
Available on YouTube at: https://youtu.be/ul3WLzdoQdI
Available on Vimeo at: https://vimeo.com/69999786

Open Source Hoverboard in the Works!

“We’re pretty sure that nobody could argue against the cool factor of ‘hoverboards,’ the magically powered skateboards from the future, which have been blessed with a self-explanatory name, requiring no additional clarification. The idea stems from the 1989 movie ‘Back to the Future II,’ which has main character Marty McFly, played by Michael J. Fox, go back and forth in time, from 2015 to the year 1955. 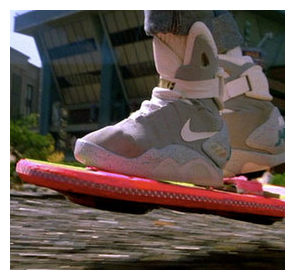 The former year brings us neatly to a very optimistic project from the realm of crowd-funding, because waiting stacked among the many ideas of varying feasibility on Indiegogo, is a page created for a planned hoverboard project, which incidentally is also due in 2015.

The company behind it, Haltek Industries, promises a working, fully usable board, which will transport its user in complete security, in a Health&Safety-inspected package you will be able to place under the Christmas tree for your kids to jump on straight away, as well as control using a mobile app.

Haltek Industries says they are going to give the boards the very latest batteries (either lithium-air tech, or paper dipped ‘into ink infused with carbon nanotubes and silver nanowires,’ which turns each sheet into a supercapacitor). The juice will go on to power two fans, which in turn will create lift. No Area 51 anti-gravity business going on here (yet), it seems, as we are greeted by familiar, old fashioned engineering, when we look at some of the more stripped out rendered representations, which show the actual moving parts.

They are asking for a cool $1 million (€0.8 million) to begin with, because quote ‘What did you think that was going to cost?’ and they say the money is going into setting up an online development center first, then they ‘need to come up with a few designs that are cost-feasible,’ before finally starting construction of prototypes. All of this while developing the necessary technology along the way, incorporating the very latest of technical innovations deemed relevant.

It sounds like a plan, which we hope will work out in the end. However, there are a few inconsistencies that cannot be overlooked, even once you’ve grown accustomed to and accepted the idea that such a thing can be done by 2015. Furthermore, they say the project is ‘open-sourced,’ but I thought that meant the source was open, whereas here it sounds like they are funneling in ideas, sending people a nice ‘thank you!’ email and then using the ideas to found a hoverboard-building industrial empire.

They need to keep things out in the open, if they are going down this road, and there will be benefits to that, and even a possible community movement may take shape. The tradeoff is that, if they do accidentally stumble upon cheap anti-gravity or anything relevant in the way of ‘future tech’, rest assured it won’t be Haltek Industries that will be making the boards in the end, as they will have been gobbled up by an already established industrial empire.

Finally, regarding contributions, you can give them up to ten thousand of your dollars, and be one of the first 100 people to be flown to the launch party, planned for the summer of 2015. Once there, you will be presented with a unique board, as well as gain access to restricted development information and probably a more behind the scenes experience of the whole deal.

In addition, after you’ve given Haltek Industries your money, do make sure to also pick up an original pair of Nike shoes, exactly like the ones worn in the movie that started it all. They’re not cheap though, and will also cost you a few more thousands of dollars…or you can wait for Nike to come out with the second run of Air Mag shoes for the masses, at around the same time, in 2015.”

And Now… Some Geek Jokes.

There’s a band called 1023MB. They haven’t had any gigs yet.

Why do engineers confuse Halloween and Christmas? Because OCT 31 = DEC25.

Entropy isn’t what it used to be.

Did you hear about the man that got cooled to absolute zero? He’s 0K now.

Can you tell the difference between a chemist and a plummer? Ask them each to pronounce “unionized.”

So Schrodinger and Heisenberg were driving in a car. Eventually, a cop pulled them over and ask Heisenberg, “Sir, do you know how fast you were going?” Heisenberg replied, “No, but I can tell you exactly where I was.” Thinking this was a weird response, the cop decided to check the vehicle. He come back up to Schrodinger and asks, “Sir, did you know you had a dead cat in your trunk?” Schrodinger replied, “I do now.”

There are 10 kinds of people who get the above jokes; those who do and those that don’t.