elementaryOS, the simple Linux distro for Mac Lovers, Google voice control via a Goople Chrome Plug-In, Happy Birthday from Google (to me!) GSotW: TAudioConverter! A movement to save Winamp, by making it Open Source!

Start the Video Netcast in the Blubrry Video Player above by
clicking on the “Play” Button in the center of the screen.
(Click on the buttons below to Stream the Netcast in your “format of choice”)
(Right-Click on any link above, and select “Save As…” to save the Netcast on your PC.)
Available on YouTube at: https://youtu.be/-trfp_tnGB4
Available on Vimeo at: https://vimeo.com/80697070

elementaryOS, the simple Linux distro for Mac Lovers, Google voice control via a Goople Chrome Plug-In, Happy Birthday from Google (to me!) GSotW: TAudioConverter! A movement to save Winamp, by making it Open Source!

Start the Video Netcast in the Blubrry Video Player above by
clicking on the “Play” Button in the center of the screen.
(Click on the buttons below to Stream the Netcast in your “format of choice”)
(Right-Click on any link above, and select “Save As…” to save the Netcast on your PC.)
Available on YouTube at: https://youtu.be/-trfp_tnGB4
Available on Vimeo at: https://vimeo.com/80697070

Save Winamp… Make it Open Source!

Hundreds of thousands have signed the peptition asking AOL to Open Source Winamp.

Ars Technica – “Last week, AOL announced the impending death of Winamp, saying that the 16-year-old media player would be shut down within a month.

But fans of the venerable software have launched a ‘Save Winamp’ website and petition asking AOL either to keep Winamp alive or to open source its code.

‘The history of digital music started with Winamp,’ says the group, which includes nine developers who have pledged to improve Winamp if the source code is released. ‘Our goal is to convince Nullsoft [the AOL subsidiary behind Winamp] to release the Winamp source code and we will take it further in an open-source way.’

The petition was started by Web hosting company owner Peter Zawacki of Australia, and it has more than 12,000 supporters thus far. ‘If AOL allows it to go open source it WILL live on forever and be in the hands of people who love it and use it every day,’ the petition states.

We’ve asked AOL if the company is willing to release Winamp’s source code but haven’t yet received a response.”

My favorite audio converter is actually AVS4You Audio Converter, but you do have to pay for that one. This is free, open Source, and great as well!

“TAudioConverter is an advanced, multithreaded audio converter and extractor. It can convert any audio format to aac, mp3, wav, flac, ac3, ogg, opus, mpc, ape or tta. It can also, extract audio streams from video files. It can apply various effects to audio streams.”

Happy Birthday to Me… From Google! 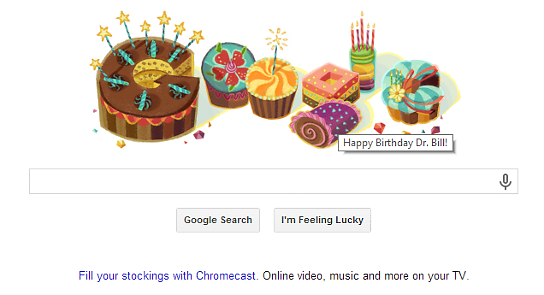 I got a happy birthday today from Google! Don’t I feel special?! Yep, November 30th… so, I’m older. Great! Well, as they say, it beats the alternative, huh?

A new Google Chrome extension gives you Google voice command of your browser.

9 to 5 Google Blog – “Google announced today on Google+ that it’s releasing a new extension for Chrome that will enable hands-free activation of the voice search features it rolled out earlier this year. Google announced the conversational voice search features for Chrome back in May and has been updating it on various platforms since, but previously users had to actually click a microphone icon to activate voice search on the desktop.

Now, like on Android 4.4 devices and within the Google Now mobile apps, using the extension users will be able to simply say ‘OK Google’ to initiate a search:

This year, rather than stopping midway through to wash your hands and type in a search, you can just speak to your laptop: ‘Ok Google, how many ounces are in one cup?’ Et voila, the cooking can go on. You can also say ‘Ok Google, set a timer for 30 minutes’ so you don’t forget to baste that turkey.

Users will have to be on Google.com in Chrome in order to activate a voice search hands-free.

The free extension is available on the Chrome Web Store now for English speakers in the U.S.” 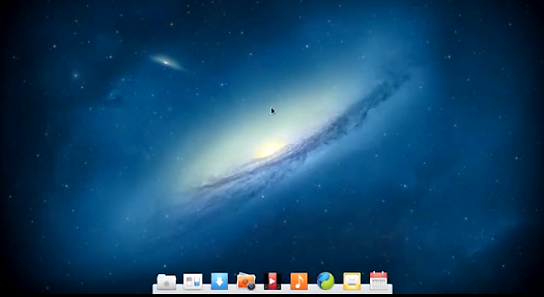 The elementary OS is a new version of Linux that is more like a Mac. It is simple and refined looking. If you are looking for something just a bit different… give it a try! Even on an “under-powered” machine.

“Community Driven.
elementary has a single goal: to provide the best possible experience for our community. We’re driven by a desire to be better, not by a paycheck. Contributors aren’t profit-maximizers, they’re purpose-maximizers.

Transparent and Open.
We believe in the power of open source and global collaboration. That means anyone can download, use, modify, and contribute to the code we’ve written to bring their ideas to life. The code is developed in the open, meaning it’s available for review, scrutiny, and improvement by tens of thousands of developers all around the world. All before it hits your system.

Beautiful and Usable.
elementary is crafted by designers and developers who believe that computers can be easy, fun, and gorgeous. By putting design first, we ensure we’re not compromising on quality or usability.

Modern Computing.
elementary OS is a free replacement for Windows on the PC and OS X on the Mac. It comes with what you’d expect, like a fast web browser and an app store with thousands of apps. Plus some things you may not expect, like free updates and no known viruses.

Speedy
Luna has been engineered from the ground up to be light on its toes. It starts up quickly, logs in instantly, and uses the bare minimum of resources so that your apps enjoy a speed boost as well. And with Luna, you get the same Linux foundation chosen for the world’s fastest supercomputers.

Full of Features
When you install elementary, you’re not just installing an operating system. You’re installing an excellent suite of custom tailored apps that let you get right to business. Easily surf the web, check your email, listen to music, and tackle everyday tasks or pleasures.

Midori
Surf the web with the speed of the same rendering engine as Google Chrome and Apple Safari.

Updates
Always stay on the cutting edge. Get updates right away, forever, for free.”

Start the Video Netcast in the Blubrry Video Player above by
clicking on the “Play” Button in the center of the screen.
(Click on the buttons below to Stream the Netcast in your “format of choice”)
(Right-Click on any link above, and select “Save As…” to save the Netcast on your PC.)
Available on YouTube at: https://youtu.be/tJU95_0WWio
Available on Vimeo at: https://vimeo.com/80272702

Start the Video Netcast in the Blubrry Video Player above by
clicking on the “Play” Button in the center of the screen.
(Click on the buttons below to Stream the Netcast in your “format of choice”)
(Right-Click on any link above, and select “Save As…” to save the Netcast on your PC.)
Available on YouTube at: https://youtu.be/tJU95_0WWio
Available on Vimeo at: https://vimeo.com/80272702

Safeplug: Anonymous Surfing in a Box!

This box gives everyone on your internal network Tor browser anonymity!

GigaOm – SUMMARY: The box takes a minute to set up and promises anonymity for all surfing done through the connected router. It may not prove quite that simple to use in reality, but it’s certainly an intriguing and cost-effective privacy tool.

You may know Pogoplug as the maker of little ‘personal cloud’ devices for streaming media from your home to your smartphone, or, if you’re more up to speed with what the company’s been doing, you may be aware of its Dropbox-battling cloud storage services. But while security has always been a necessary aspect of these plays, Pogoplug is now jumping headfirst into that space with its new product, Safeplug.

Safeplug is essentially Linux-based hardware packaging for Tor, which is slightly-hard-to-use software for people who want to surf the web anonymously. Tor does this using encryption and by bouncing everyone’s traffic around other users’ connections, making it almost – but not always – impossible to see who’s visiting which page. Safeplug also automatically blocks ads.

‘We’re huge fans of Tor and are very good at building these small appliances,’ Pogoplug CEO Dan Putterman told me, explaining that Safeplug just needs to be plugged into the user’s router. ‘It takes 60 seconds to install, then all of your in-home internet access becomes completely anonymized. We want to just take what is currently available today to a more technical crowd and democratize it, making it easier to use for an average user.’

Safeplug with phoneIf only things were that simple. Tor may be good for privacy, but it doesn’t play nicely with all the things you might want to do on the internet – all that bouncing-around of traffic means slower surfing, which becomes an issue with streaming video and gaming, and the anti-fraud mechanisms in online banking services aren’t too keen on anonymized access either.

Pogoplug is aware of these limitations, Putterman said, which is why users can whitelist certain sites so that their use is not run through Tor. Users can also set up Safeplug to work on a per-browser basis, so for example Firefox may always run through Tor while Chrome won’t. I worry that this sort of complexity will bedevil those who expect to just plug the thing in and forget about it.

On the plus side, users can also set themselves up as Tor nodes to help others surf anonymously (the default setting for this is ‘off’ as it has bandwidth implications). Putterman said Pogoplug hadn’t actually talked to the Tor folks before putting their open-source project in a box (‘We wanted to have some aspect of secrecy in the development process’) but pointed out that it would ‘hopefully make a significant impact in terms of the number of relays out there’, thereby making Tor better at what it does.

Safeplug runs Tor and a proxy server with ‘hardened’ SSH access, and that’s about it. It costs $49 and is initially on sale in the U.S. Pogoplug plans to also sell it across Europe and Asia, and yes, Putterman is conscious of that fact that some people there won’t be brimming with trust for a security product coming out of the U.S.

‘It’s using very vetted software,’ he pointed out. ‘We could have run a VPN or proxy service somewhere else, but we realized the only way to truly guarantee [anonymity and safety] is not to be reliant on any other service. People who are sceptical can look at the Linux level and see exactly what processes are running. Technical users can look inside the box and feel safe that it’s only running Tor.’

Pogoplug has even made firmware updates for the device pull-only, not push – ‘If we pushed, we’d have to track all the boxes. It’s pull-based for security reasons.’

Safeplug aside, Pogoplug is also seeking to reassure customers outside the U.S. with the siting of its data centers (Pogoplug only used Amazon Glacier for a few months in the early days of its cloud storage product). It has several in the U.S. and one in Israel, and it’s currently setting one up in France. Japan’s next on the list.”