An Android for Cars? 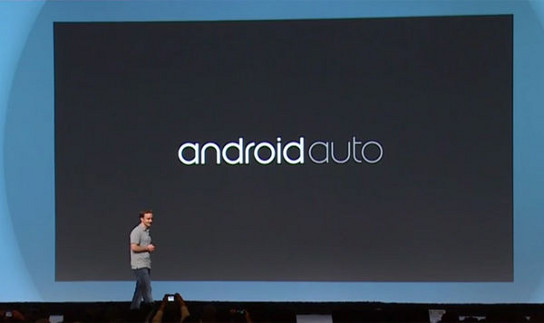 Does this mean we will get our schedule from our dashboard?

Tom’s Hardware – By: Lucian Armasu – “According to a Reuters report, Google wants to build a version of Android that would replace current dashboard software that may exist in certain cars. This would be a step up from Android Auto, which requires a smartphone or tablet to be plugged into a compatible car with a built-in screen. Users must then give it access to music, apps, phone calls and so on. This new version of Android for automobiles should appear around the same time as Android ‘M,’ about a year from now.

Currently, car manufacturers use BlackBerry’s QNX, Microsoft’s Windows Embedded OS, or various Linux distros to power their vehicles’ entertainment centers. Both Apple and Google have recently entered the auto market with their own projects called Car Play and Android Auto, but neither of them actually replace the cars’ built-in entertainment systems. They are only meant to augment those built-in systems.

This provides certain advantages to drivers, such as being able to keep the new system upgraded as they buy new phones, rather than when buying a new car. It also has some disadvantages, though, such as draining the phone’s battery, although this could be relatively easily fixed with an in-car charger.

Android is already a highly popular operating system in the computing industry, and Android Auto has proven that Google can get at least as many car partners as Apple. Chances are Google’s new initiative will also be warmly welcomed by the car industry.

Car makers are raising some issues, though. One is that if Google wants Android to replace their entertainment systems, then the OS will have to increase its performance, especially in terms of how fast it’s booting, and also its stability.

The car makers want the OS to boot-up immediately instead of in 30 seconds, as it usually happens with smartphones today. This may only be possible if Google makes a highly minimized version of Android, and then also requires car makers to use fast NAND storage for a speedy boot-up.

Another solution could be to keep Android mostly as it is, but instead of completely powering down when the car is off, the system could have its own extra battery to keep the OS in idle mode. That auxiliary battery could also be charged up by the car’s battery when the car is being driven.

As for the stability of the system, Android Lollipop has been one of the least stable versions of Android in recent times, with many bugs being uncovered. In a way, this was understandable because so many new features were introduced, but it could be why Google is waiting until Android M to release this new software.

Google seems to want to enter this market more aggressively, which makes sense, as it would then have access to more valuable data about what the driver is doing throughout the day:

To gain access to this kind of data from tens of millions of users or more, Google may also have to let automakers customize the software as they wish, much like how it lets smartphone makers customize Android. The car makers don’t want all of their cars to provide exactly the same experience to their customers, regardless of what vehicle they may choose.

The auto companies also don’t seem to want to give Google access to too many of the car’s components due to safety and liability concerns. Because of its popularity in the mobile market, Android is a prime target to hackers right now. Automakers will want to ensure that even if these systems are hacked, they can’t do too much damage to the car, and most importantly don’t endanger drivers’ lives.”