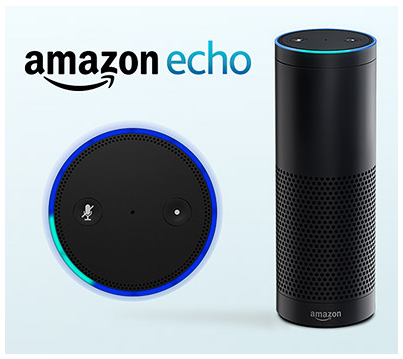 The Amazon Echo is getting a firmware update that will add some neat, new features.

ZDNet – By James Kendrick – “The Amazon Echo that I found to be a perfect 10 just got even better, as an update adds useful new features and improvements. An email from Amazon is notifying Echo owners that voice control is now possible for Pandora, Spotify, and iTunes through iOS and Android devices.

Prior to this update the Amazon Echo could stream music from phones and tablets from these services, but controlling streaming was not possible through the Echo. It performed as a basic Bluetooth speaker. All media controls, like stop, play, pause, next, and previous, had to be performed on the phone or tablet.

Voice control with the Echo is now supported for Pandora, iTunes, and Spotify. As before, music streaming from these services must be started from the iPhone or Android phone, with voice control supported once streaming is underway.

In addition to this new feature, the update enables the following improvements:

The update has already been pushed to my Amazon Echo, so check yours for the new features.

There is also a goofy new ‘Simon Says’ feature that can get Alexa to repeat whatever is spoken after the phrase. Amazon believes this will be funny to use from another room by using the microphone in the Echo remote to startle those in the room with the Echo.

The Amazon Echo app used to control settings for the device, already available on Android and iOS, is now available for Android 5.0 (Lollipop).”