A Georgia County is Building a New Commercial Spaceport!

Set your sights high! Go for it!

The Verge – By: Loren Grush – “On the southeast coast of Georgia, around 20 miles north of the Florida border, a few concrete slaps and a handful of roads lie on 4,000 acres of luscious green land. They are the remnants of a now-defunct manufacturing plant. The area hasn’t seen much action in 50 years, but soon, it could be teeming with activity again — as the site of future US rocket launches. 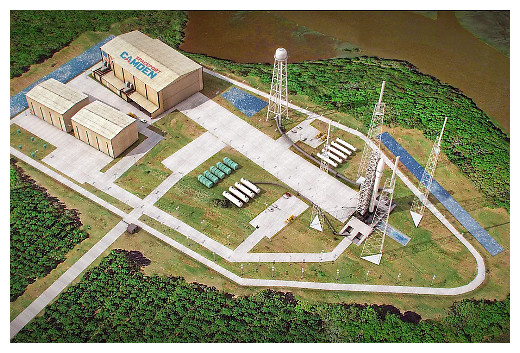 The new proposed commercial spaceport, the first one ever for Georgia, is known as Spaceport Camden. Local government officials have big plans for the area over the next few years: they hope to build a launchpad to support rocket launches to orbit, as well as a landing area that would allow rockets to touch down after takeoff. Built through partnerships with private companies, the area could become the first exclusively commercial spaceport on the East Coast; the others in Florida and Virginia are operated by or associated with federal agencies.

‘I THINK WE HAVE THE OPPORTUNITY TO BUILD THE FIRST EXCLUSIVE NON-FEDERAL RANGE ON THE EAST COAST.’

The county thinks the project could be a smart way for Georgia to enter the booming commercial spaceflight economy, which was valued at $329 billion in 2016, according to the Space Foundation, a nonprofit advocating for spaceflight. Spaceport Camden is strategically located on the coast, which would allow rockets to launch east over mostly open ocean, posing little risk to populated areas on land. So far, many commercial space companies have shown interest in the place, according to county officials. Once the site is up and running, it could also serve as a hub for business and tourism, as well as an educational outpost for local schools.

There’s still a long way to go before that happens, though. Camden County, which the spaceport is named after, is currently working to get the site licensed for launches by the Federal Aviation Administration. It’s a lengthy process that involves analyzing the property to see how the site will affect surrounding areas. But if Spaceport Camden is cleared, officials hope that major structures of the spaceport can be built as soon as possible. ‘I think we have the opportunity to build the first exclusive non-federal range on the East Coast,’ Steve Howard, the Camden County administrator and head of the Spaceport Camden initiative, tells The Verge.

Spaceport Camden already has a unique connection to spaceflight. The old plant that once sat on the site was actually used in the 1960s to build rocket engines that ran on solid propellant for NASA. In 1965, the most powerful rocket engine at the time was fired up during a test at the plant. NASA even considered the area as an alternative launch site for its Apollo missions to the Moon, according to documents declassified in 2005. Florida was ultimately chosen, and NASA also wound up relying on liquid fuel rocket engines instead, rendering the engine plant somewhat obsolete. So for the last half century, the site has been mostly dormant.

Then, a little less than five years ago, a space company reached out to the state of Georgia, looking for a new location to launch its rockets. (Howard wouldn’t say which company that was, but SpaceX considered Georgia for a new launch site between 2012 and 2014 before settling near Brownsville, Texas.) That initial meeting prompted Camden County officials to meet with other private spaceflight companies to gauge interest in a Georgia spaceport where the booster plant once lived. ‘When they visited they all came to the same conclusion: that it’s a great site,’ Howard says. ‘Obviously there was a reason why the site was chosen back in the ’60s.’

‘OBVIOUSLY THERE WAS A REASON WHY THE SITE WAS CHOSEN BACK IN THE ’60S.’

Along with its prime location on the coast, Spaceport Camden is pretty far south in the US, putting it relatively close to the equator. That makes it easier for companies that want to launch rockets into orbit from the US. The equator is the widest section of the planet, as well as the fastest spinning part of the Earth’s surface. That means launching closer to the equator actually gives rockets an extra boost of speed that helps them achieve orbit more easily.

Plus, Howard touts the site’s location between two well-established NASA spaceports along the East Coast: Kennedy Space Center in Cape Canaveral, Florida, and Wallops Flight Facility in Virginia. ‘I think there is synergy opportunity there,’ says Howard. The spaceports could work together or share resources, he says.

For a while, the Spaceport Camden initiative was just a promising idea, but now the state of Georgia has shown it’s serious about the project. In May, Georgia governor Nathan Deal signed a bill called HB 1, or the Georgia Spaceflight Act. The bill helps to limit the liability of spaceflight companies that launch people into space from the state. HB 1 was a signal to the industry that Georgia welcomes commercial space.

Space startup Vector’s prototype rocket launching from Spaceport Camden in August. Photo: Vector
Since then, Spaceport Camden has even seen its first launch… sort of. In August, a spaceflight startup named Vector launched one of its test rockets from the site — though the vehicle didn’t reach orbit. The rocket, which Vector wants to use to launch small satellites someday, was only a prototype, originally meant to reach an altitude lower than 10,000 feet. Because of this, the launch didn’t require the same kind of licensing that the FAA demands for missions that achieve orbit. ‘Overall it was an A-plus experience,’ Jim Cantrell, CEO and co-founder of Vector, tells The Verge. ‘We hope they get approval for orbital launches soon so we can go back.’

CURRENTLY, 10 SITES THROUGHOUT THE US HOLD FAA LICENSES TO OPERATE AS COMMERCIAL SPACEPORTS

Currently, 10 sites throughout the US hold FAA licenses to operate as commercial spaceports. These sites have undergone environmental impact reports, to see how the spaceports might affect surrounding wildlife and property. Camden County is currently funding a third-party researcher to conduct that report, and the analysis has been ongoing for a couple of years. The process involves conducting numerous public hearings and scientific studies, but Howard is hopeful that report will be complete early next year.

Once that’s finished, Spaceport Camden can start to grow. Howard says the plan is to partner with commercial companies to get the various structures of the property built. These companies would lease parts of the property, similar to how SpaceX leases launchpads and a landing site at Cape Canaveral, and even build their own launchpads (and landing zones, if necessary) for their specific vehicles. Howard says he has a number of operators already interested, and he’s confident the county will be able to make substantive construction deals.

Aerospace technology is already Georgia’s biggest export, but a spaceport could help bring even more spaceflight business and educational opportunities to the area. A report done by space consulting firm Astralytical found that Spaceport Camden could be a great home for businesses that not only launch from the site, but also design their vehicles there. ‘Launch is only one small component of the entire space industry,’ Laura Forczyk, the owner of Astralytical, tells The Verge. ‘When you’re looking at the future growth of a spaceport, you look at the whole process — from research and development, to design of spacecraft, to launching… The whole process could happen from start to finish within Spaceport Camden.’

Forcyzk’s report also shows how the site could be a great place for tourists, as well as educators and students. Of course, the report is meant to be more of an aspirational look at how the area could evolve over time. But ultimately, Howard is eager for big things to happen on what is effectively a blank slate right now. ‘We think it’s a smart project to be able to turn this stranded asset back into something amazing with a historical space connection,’ he says. ‘We just think it’s a great opportunity to do something really amazing.'”