Reboot Your Chromecast to Reset It 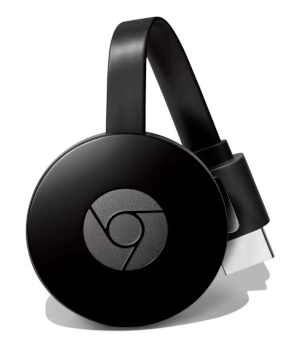 If you are having problems streaming to your Chromecast, here’s the fix.

Google Home and Chromecast outage ends: how to get the fix now

SlashGear – By: Brittany A. Roston – “As we reported earlier today, many Google Home and Chromecast users experienced an outage today that left them unable to use their devices. Google Home smart speakers warned impacted users that ‘there was a glitch,’ advising them to try again. When the user tried again, though, the same issue surfaced. Chromecast devices, meanwhile, failed to stream content to displays.

In the grand scheme of things, a smart speaker outage isn’t the end of the world. That said, many device owners were frustrated this morning to discover their routines disrupted and their connected items useless…without manual interaction, at least.

Users were quick to complain to Google, which had advised users to reboot their devices. That didn’t work, though.

Perhaps more frustrating was the Chromecast outage, which resulted in these streaming devices failing to stream content to displays. That was a problem for businesses and schools that utilize the devices for presentations. Fortunately, Google hasn’t left users hanging; an update is rolling out now.

Google announced the fix on its Made by Google Twitter account this afternoon, where it said that the fix is automatically deploying to devices ‘within the next six hours.’ That was at about 3PM ET, for reference, meaning everyone should have it within the near future. However, Google says owners can get an ‘immediate fix’ by rebooting their devices.

To reboot, device owners should open the Google Home app and head into the ‘Devices’ menu. From there, select your Google Home or Chromecast device, then tap the triple-dot menu button in the upper right-hand corner and choose ‘Settings.’ Once within settings, tap ‘More,’ then ‘Reboot.’ The device will reboot itself without having to be unplugged and should function properly afterward.”