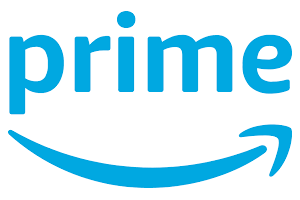 Amazon Prime Day on Monday came off okay, but with issues. Apparently, there were points when people couldn’t access the site, and were getting 404 errors! Several people posted the images of their 404 page with the dog looking cute, but embarrassed. And C|NET posted an article saying they got off to a “ruff start!” Cute!

Either way, I suspect, overall it was a success for the company. I did notice that a lot of other companies online were getting into the act by having their own sales at the same time as Amazon Prime Day. It’s like having a Black Friday in the middle of July for no other reason than Amazon was doing Prime Day!

At this point, the Internet will start having its own holidays based around sales that giant vendors like Amazon are having!

For instance, the Amazon Dot was on sale, and it was a good sale… but already have my quota of those devices!

Finally! A Remote Desktop Assistant that is totally FREE! It is Windows only for now, but they have plans to support MacOS and Linux soon!

I have used remote access software the past, only to have the companies that produced it bought out, or management change, and then they became really ugly about pushing their charges to use it. I don’t mind people asking you to pay for their labor, but having been free to then change over to a paid model and then push it really hard is just ugly. Given that, I had dropped back to using VNC software which is okay, but doesn’t have a lot of the features that I liked about the old remote access software. As you know, I really like Cloudberry Labs products, and I’ve mentioned them before here on the blog, and the show. This looks really good! I was kind of jazzed to get word of it today via email!

Multi-regional authentication server
Some of our users in several locations were experiencing performance issues, this update is introduced to make sure every connection is as fast and reliable as possible.

File Transfer
Share files during the session, send them seamlessly to the remote PC anywhere in the world. 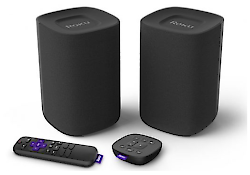 Slashdot – Posted by BeauHD – ‘Roku announced today that it’s getting into the audio business with the launch of its in-house Roku TV Wireless Speakers. The two HomePod-esque speakers work exclusively (and wirelessly) with Roku TVs, and feature software that will optimize audio from anything connected to the pair Roku TV, including cable boxes, antennas, and Bluetooth devices. The company also announced a new Roku Touch tabletop remote that’s similar to Amazon’s Alexa. Ars Technica reports:

‘Optimized’ in this sense refers to the software-improved audio quality: automatic volume leveling will boost lower audio in quiet scenes and lower audio in loud scenes (and in booming commercials), and dialogue enhancement will improve speech intelligibility. Accompanying the Wireless Speakers is the Roku Touch remote, a unique addition to Roku’s remote family. The company has a standard remote that controls its set-top boxes and smart TVs, and it also has a voice remote that processes voice commands to search for and play specific types of content. The Touch remote is most like the voice remote, but it can be used almost anywhere in your home because it’s wireless and runs on batteries. It has a number of buttons on its top that can play, pause, and skip content playing from your Roku TV, and some of those buttons are customizable so you can program your favorite presets to them. There’s also a press-and-hold talk button that lets you speak commands to your TV, even if you’re not in front of it. Roku’s Wireless Speakers and Touch remote will begin shipping this October, and the company is running a deal leading up to the release. For the first week of presales (July 16 through July 23), a bundle consisting of two Wireless Speakers, a Touch remote, and a Roku voice remote will be available for $149. From the end of that week until October, the price will be $179. When the new devices finally come out, the bundle price will be $199.’

The Roku Channel has Finally Been Updated! 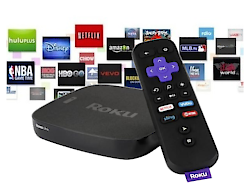 Well, on a happier note, Roku has finally gotten around to approving the new code that I wrote for our Dr. Bill Bailey.NET NETcasts Roku channel! It took them long enough, but they finally put in production!

I thought I would do an overview in the show this week on the Roku channel and its features. So, stay tuned for that! The Dr. Bill Bailey.NET NETcasts Roku channel is your source for all the video shows that I do, as well as the audio programs that I do. It covers my interests in a lot of areas.

Here’s a direct link to help you subscribe to our channel! Dr. Bill Bailey.NET NETcasts 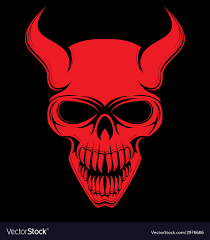 Well folks, today I’ve got a story I’d rather not tell. I report on a lot of security issues, that have to do with computers and the web, but I haven’t been the subject of a report until now! You say, “Say it ain’t so Dr. Bill!” Sorry, but it’s true, it just goes to show that anybody can be caught up in a security issue if you’re not careful.

Let’s look at what happened, and I’ll explain the situation. I was minding my own business a few days ago checking out things on Facebook, when a friend of mine sent me a Facebook message they told me that they had seen an article in a computer blog that seem to reference one of my websites. I thought to myself, “What’s this about?” I checked out the article, and sure enough, there for all to see was the web address of one of my old websites! The problem with being a webmaster, particularly being one as long as I have been one, is that you can have old sites that are not properly cleaned up, and disposed of.

It’s not enough to decommission a website by simply getting rid of the domain name link and not deleting the old files, the old references, etc. as a webmaster you have to do a more thorough job cleaning up after yourself. And this is where my “mea culpa” comes in. I had a website many years ago and though I cleaned it up to a certain extent, I left the directory, which was actually a subdirectory on another site available to the web. Big mistake!

The article that my friend pointed me to was from a blog called “Bleeping Computer” in which they discussed the hack of the popular VSDC website. Now, VSDC is the video editor that I use for my video programs, and they do a great job of producing the software… which is very popular with a lot of folks around the web. It appears that their site had been hacked such that folks that downloaded the files off of the VSDC website were then infected by means of files that actually came off one of my old websites that had been hacked!

I’ve since cleaned up the site properly and VSDC has cleaned up their site and they are no longer propagating this exploit from their site downloads as well. The author of the article did point out, and I agree, that VSDC did a great job of just owning up to the fact that they had been hacked, and then took care of the issue quickly. This doesn’t happen very often; most of the time organizations will ignore, or deny, the fact that they been a victim of a hack.

I have much respect for the fact that VSDC did own up to the issue and fixed it. I trust that folks that read the article, and my comment, will also understand that I was a victim as well, and in no way related to any of the knuckleheads that actually perpetrated the attack on VSDC and the folks that downloaded files from that site.

Now, pardon me, as I slink off to lick my wounds and vow to be more careful about the future disposition of all my old websites! By the way, if you are a webmaster, and have old sites that could be commandeered and used as mine was, please take a moment to go clean up your sites as I did mine!