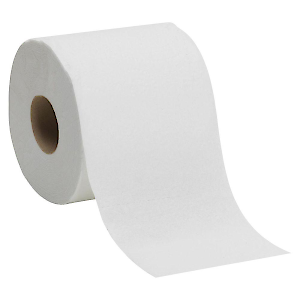 If it is a respiratory disease, why is everyone hoarding toilet paper like it causes diarrhea? “Because they are crazy!?” Yep… pretty much!

This is why everyone is hoarding toilet paper

Ars Technica – By: Kiona N. Smith – “The world was a strange place even before the COVID-19 pandemic, but it has gotten stranger still. One of the oddest things about this socially distanced new world is that a respiratory disease has made toilet paper worth its weight in gold. Why is everyone scrambling for toilet paper all of a sudden? Consumer behavior researcher Kit Yarrow suggests it’s a case of our social primate brains reacting to newsfeeds full of striking but sometimes disorienting visual cues.

Retail therapy on overdrive
Panic-buying during a crisis is nothing new. Midwesterners joke about everyone making Apocalypse French Toast before a blizzard, because store shelves mysteriously empty of bread, eggs, and milk. On the coast, peanut butter is the must-have item every hurricane season. In part, it’s reasonable to want to be prepared, says Yarrow. But panic-buying is partly an attempt to gain a sense of control when the world feels uncertain and dangerous.

‘When we feel anxious, which I think all of us do right now—it would be sort of abnormal to not feel a little anxious—the antidote to anxiety is always control,’ said Yarrow. ‘And since we can’t really control the track of this disease, we turn to what we can control, and that’s why people are shopping. It’s like, ‘well, I feel like I’m doing something, I feel like I’m preparing. I feel like I’m taking control of the thing I can control, which is stocking up.’

‘Some of the people that are doing the hoarding, they’re not bad people and they’re not selfish people. They’re just scared people, and I think that if they thought about their connection to others and their responsibility to the community, they probably wouldn’t do it,’ Yarrow told Ars.

It’s easy to see the logic—even if it’s irrational—behind frantic stashing of soap or hand sanitizer. But why toilet paper?

Yarrow says that is a bit unusual. ‘I don’t think most people think about toilet paper during panic-buying times like hurricanes and so on. This is kind of a first,’ she told Ars. The run on toilet paper (sorry, not sorry) is what happens when social media-driven communication meets human instinct in the middle of a crisis.

The optical illusion of a shortage
‘We’re social animals,’ Yarrow told Ars. ‘In times that are really kind of unprecedented and uncertain, we do look to other people for cues about what to do. Unfortunately, other people are doing kind of crazy things, so it makes us feel like we should do it too.’

And today, most of us find out what our fellow humans are doing through social media, or through news reports filled with images and video. So the cues we’re getting are very visual, which affects how we process certain information. Big, bulky items like toilet paper leave more noticeable, visible gaps on store shelves than smaller items like canned tuna—especially when toilet paper takes up most of an aisle in its own right, while tuna may take up just a few feet of shelf space.

Don’t stockpile the Charmin
So what should be we be doing instead of building toilet-paper forts?

‘I’m not going to tell people to not be prepared, because I think that there’s so many ways that that’s satisfying to them, both practically—I think people need to be prepared—but also emotionally. It feels really good to prepare,’ said Yarrow.

But once people have what they actually need, it’s time to look for other ways to gain a sense of control in an uncertain world.

‘Keep in mind that what we want to do is feel like we’re being productive and in control in this weird, open, loose space of uncertainty that we’re in, so control what you can control,’ Yarrow suggested.