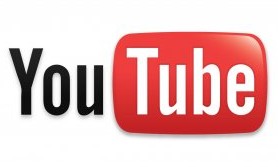 Right when we need it most?! Sigh!

Cord Cutters News – By: Jess Barnes – “YouTube will begin limiting the streaming quality of videos for users worldwide, beginning today. Bloomberg first reported the news that YouTube will have videos default to standard definition for a month, following efforts to ease internet traffic that has increased with the coronavirus outbreak.

YouTube already committed to reducing streaming quality in Europe, along with Netflix, Amazon, and others. “We are making a commitment to temporarily switch all traffic in the EU to standard definition by default,” the company said in a statement at that time.

Now, the plan will expand worldwide. Users will now see videos in standard definition by default. However, videos can be viewed in high definition if the user chooses that setting from the menu on the individual video.

Bloomberg reports, ‘YouTube already limits the quality of video based on the strength of a user’s internet connection. YouTube doesn’t believe the world will run out of internet bandwidth any time soon, but is taking a preemptive measure given growing concerns at the government level.’

‘We continue to work closely with governments and network operators around the globe to do our part to minimize stress on the system during this unprecedented situation,’ Google said in a statement.”