The Dr. Bill Bailey.NET Roku Channel Has Been Repaired!

Our Roku has been “down” for some time, but good news! It is back! So, if you have a Roku device, you can now go there and subscribe for free to watch our programs on your TV!

Just use this link to subscribe with your Roku account: The Dr. Bill Bailey.NET NETcast Roku Channel!

Join us there for lot’s of geekery!

Dr. Bill actually has content this week about Linux of various ‘flavors,’ as well as news on why some Linux purists hate Snap, a StarLink Internet Update, Linux Mint is DROPPING Snap, discussion of Ubuntu Linux 20.04 LTS, and a GSotW: PC Equalizer!

Dr. Bill actually has content this week about Linux of various ‘flavors,’ as well as news on why some Linux purists hate Snap, a StarLink Internet Update, Linux Mint is DROPPING Snap, discussion of Ubuntu Linux 20.04 LTS, and a GSotW: PC Equalizer! 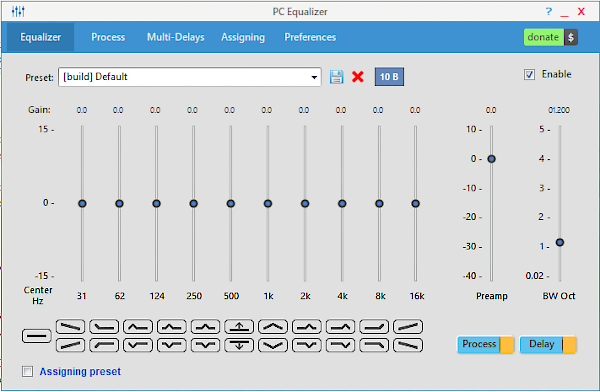 I love this! I needed a true “live” equalizer for my new microphone, the venerable Shure SM7B! I needed one that would allow me to adjust “on the fly” and tweak my recording and use for streaming as well. This is what I found, it works, and it is totally free and Open Source!

PC Equalizer is a Graphical User Interface for “Equalizer APO” which is a parametric / graphic equalizer for Windows. They are two separate prograoms that work togther, with APO providing the muscle, and the GUI providing a way to set it up and save the settings.

You can create effects using Multi-Delays feature e.g. Echoes, Delays, Reverb & many others.

Back in April (the 23rd, in fact) Ubuntu released version 20.04 LTS. And, I have finished updating all my Ubuntu Linux servers (I have three) to the latest version. So, I have five years of “Long Term Support” (that’s what LTS stands for) ahead of me. I upgraded one from version 18, and two from version 19 to the latest version. It was pretty simple and easy. No hiccups! So, what’s new, you ask? Well some of this does not apply to me, because I am running the non-GUI server version, but here are just some of the highlights: 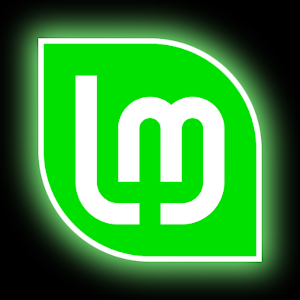 Remember, I said that Linux folk don’t care for Snap? Well, Linux Mint is based on Ubuntu Linux, BUT they are stripping all of Snap out of the new Linux Mint version 20. The beta release is out now. And, they are “protecting you” from Snap! To be fair, they are responding to the user base!

Do you want to remove Snap from your already installed system? Do this:

First check if you have any snaps installed. If you do you should write them down and try installing them with apt.

Once it’s removed you can block it from being reinstalled via apt:

You are now safe from being a Snap user! Too strong? OK, maybe so! 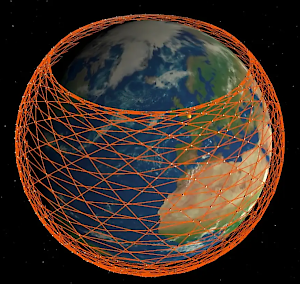 Elon Musk’s StarLink “Internet Provider from Space” program is rolling out big time! So far, there are 538 operational satellites in the sky ready to provide Internet connectivity from orbit! Low orbit, to speed up latency, but orbit, nonetheless! 238 of those satellite went up last week, with 60 more to be added next week!

Regulatory information that was filed by StarLink on its system indicates that the servie will provide 100 meg down and 40 meg up Internet service to it’s customers, with and expected latency of less than 30 ms. However, it will not be for “dense” population areas, like cities. This is intended to provide service to people that are out in the “boonies,” away from “standard” Internet service options.

But, I am excited about the potential! They have even put up a “sign-up” page to start taking names and addresses to be “early adopters!” If you live in the aforementioned “boonies,” I’d say, go for it!

Snap, if you did not know, is Ubuntu’s attempt at a “unified standard app store” in Linux. There you go! Enough to hate on it already! Linux users are classically renegades that want to do everything the hard way, on their own! After all, how can I get true geek cred if one just goes to an “app store” and have the whatever-I-wanted-software installed by a common system? Yeeesh!

Now, that is not to say that there isn’t some real, solid reasons NOT to like snap. When you install something “from scratch” everything is placed where it should be in Linux (at least according to the original development team for the app.) Snap puts a lot of it’s install files under a “snap” directory. What?! This means it isn’t where the original software designers said it would be installed. Bummer, man! To be clear, when you install an run a Snap version of a program it incorporates the application and its libraries into a single package. It’s then installed and mounted on a SquashFS virtual file system. So, when you run a Snap, you’re running it inside a secured container of its own. Good? Yes, in some ways…. but bad in others, like speed.

Also, there is a lot of discussion that “snap-installed” apps are slower and klugy-er than the “installed from scratch” versions of the same software. Trade off for the easy install, you say? Hummmm… I don’t know.

Then there is the concern that it is proprietary to Ubuntu. True Linux folk just don’t DO proprietary. HOWEVER, one of the arguments FOR snap is that it tries to standardize a mess of different methods of installs, satisfy dependencies automatically, and keep thing up to date. All worthy goals. But, can be at the expense of speed, can be buggy (at least right now, getting better) and again, does NOT appeal to the Linux “bit wrangler” persona.

So, do YOU hate snap? If so, you are not alone, it seems!

The script I spoke about on the last Netcast used to “de-bloat” Windows 10 is available at: https://github.com/Sycnex/Windows10Debloater and is VERY powerful! Run this script if you ARE SURE that you want to fully slim down Windows 10! It WILL get rid of OneDrive, so head’s up to that!

If you DO commit to use this script, it is a good idea to run it every six months, or so. Microsoft, being evil, puts things back when they do updates “for your own good.” I believe in FREEDOM! YOU CHOOSE what you want enabled!

To run it, download the script to your Downloads directory, or Desktop. Then, run Powershell as Administrator (if you do not know how to do this, then this script is NOT for you!) Then simply run the Powershell script within Powershell. It will prompt you as it runs.

Now, my site is fully SSL’ed again! My Web Host finally fixed it! Sorry for the inconvenience of it not having a proper cert there for a while! You may now browse to your heart’s content!