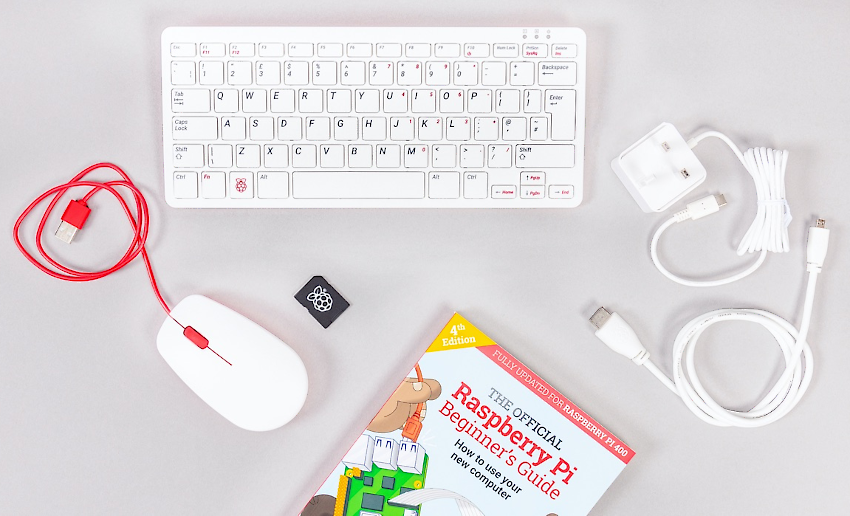 It’s a Raspberry Pi designed into a keyboard.

The GPIO pins remain accessible, so if you want to explore beyond the desktop, you can connect components and prototype your projects.

Your personal computer kit comes with a mouse, power supply, micro HDMI to HDMI cable, and SD card preloaded with Raspberry Pi OS. There’s also the official Raspberry Pi Beginner’s Guide to help you get the most out of your new computer.

As well as our UK and US English keyboard variants, Raspberry Pi 400 is available in Spanish, French, German, and Italian variants, with more to come.