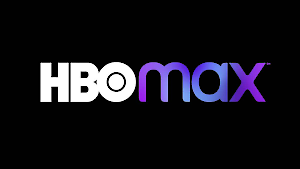 From the “Streamable” Newsletter: “AT&T customers will now have to account for HBO Max data usage thanks to California’s net neutrality law. The law bars internet service providers from a practice known as zero-rating. In this case, streaming Netflix counts towards a user’s data cap, but streaming HBO Max does not. AT&T is unhappy, but others see it as a win for users, as service providers can no longer use deals like this to influence purchase decisions. ‘Given that the Internet does not recognize state borders, the new law not only ends our ability to offer California customers such free data services but also similarly impacts our customers in states beyond California,’ AT&T said in a blog post.”

Now (as of March 18, 2021) Ars Technica columnist, Jon Brodkin claims that this is NOT true, that the new law does not prohibit “zero-rating.”

In reality, the California law allows AT&T to continue zero-rating HBO Max, its own video service, as long as it exempts all competing video services from data caps without charging the other video providers. But instead of zero-rating all video without collecting payments from its competitors in the online-video business, AT&T decided it would rather not exempt anything at all.