What “Old Tech” is Missing From Windows 11? 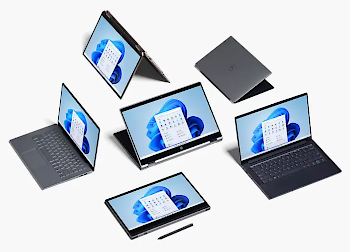 Gizmodo – By: David Nield Windows 11 is on the way, and it’s going to bring with it a new look, new colors, and new features when it becomes available later in the year. But not everything that’s currently in Windows 10 is going to survive the upgrade.

Expect a few additions and subtractions in terms of features between now and the public rollout of Windows 11, but here’s everything that will get lost along the way that we know about so far.

Internet Explorer
What’s that? You thought it had been killed off already? It’s actually still available in Windows 10, if you dig deep enough, but all traces of Internet Explorer are going to be removed in Windows 11, with Microsoft Edge replacing it. For those really, really old legacy apps and sites you still need access to for whatever reason, use the IE mode in Edge.

Timeline
You may have never used Timeline, which is perhaps one of the reasons it’s going away with the arrival of Windows 11. The feature lets you sync your activity across multiple Windows computers over the last 30 days (files you’ve opened, websites you’ve visited, etc.), making it easier to jump between devices logged in with the same Microsoft account.

Live Tiles
Developers didn’t really embrace the Live Tiles feature on the Windows 10 Start menu, which enables different snippets of information to be shown and updated in real time. If you think that sounds a lot like widgets, you’d be right. But Microsoft is going to try and bring back desktop widgets with Windows 11, so let’s hope they work better than Live Tiles.

Start Menu Groups
Another feature pulled from the Start menu is the ability for users to group tiles together and name them: productivity, writing, games, or whatever. The layout of the Start menu won’t be resizable either, so it sounds as though Microsoft wants to make the Start menu experience much the same for everyone (as well as move it into the center of the screen).

Quick Status
In Windows 10, applications can leave little blocks of information on the lock screen to remind you about incoming emails, upcoming calendar appointments, etc. This functionality, called Quick Status, won’t be available to programs when Windows 11 arrives—although it’s possible that widgets (see above) will take up some of the slack.

Taskbar Location
Speaking of cutting out customizations, the taskbar can only be in one place in Windows 11: at the bottom of the screen. You might have never realized it, but you can position the taskbar on the left, on the right, or even at the top of the screen in Windows 10. If you like making those sorts of tweaks in your operating system, you’re going to be out of luck.

Tablet Mode
Windows 10 actually does a decent job of working on both tablets like the Surface Pro and full desktop or laptop computers, but Windows 11 won’t include a dedicated mode for tablet devices. nstead, this functionality will be reconfigured, and some of it will happen automatically (like when you attach or detach a Bluetooth keyboard, for example).

Cortana
Microsoft’s digital assistant isn’t getting pulled from Windows 11 entirely, but it will be gone from the setup process, and it will no longer be pinned to the taskbar. It’s unclear what Microsoft has planned for Cortana, but based on the features that have been added to it over the last year or so, it might get repositioned as a business tool.

Windows S Mode
This is another feature that isn’t completely going away, but you’ll see less of it: S Mode, which only allows apps from the official Microsoft Store to be installed in order to improve performance and security, is only going to be an option in Windows 11 Home edition. At the moment you can get Windows 10 Home and Windows 10 Pro with S Mode enabled.

Skype
Skype will still be available in Windows 11, but the new and updated OS won’t include it as an integrated component in the same way that Windows 10 does. That’s because Microsoft is now focused on Teams as the answer to all your communication needs, including video—get ready for a lot of tight Teams integrations in the final Windows 11 experience.”