I love Acronis Backup, and I have used it for years, but this is an Open Source alternative. Check out this information from their web site!

Bitwarden: Open Source Password Management for You and Your Business
The easiest and safest way for individuals and businesses to store, share, and secure sensitive data on any device!

Security You Can Trust
Our Bitwarden application seals your private information with end-to-end encryption before it ever leaves your devices.

Open Source Transparency
Our software is open source which means the features and security of our infrastructure can be vetted and improved upon by our global community.

Cross-Platform Applications
Secure and share sensitive data within your Bitwarden Vault from any browser, mobile device, or desktop application.

Global Community
Align to the highest security standards with a global community of password security experts and Bitwarden users.

Use the VPN That I Use! Private Internet Access!

Click the “Get VPN” banner BELOW for a great deal!

Dr. Bill finally has content from his Blog! Eric Steven Raymond, known as ‘ESR’ says Windows may go away, replaced with Linux, by Microsoft! The sad death of FTP, coming soon? A free tutorial for Python, and an overview of the Google Chromecast for 2020!

Dr. Bill finally has content from his Blog! Eric Steven Raymond, known as ‘ESR’ says Windows may go away, replaced with Linux, by Microsoft! The sad death of FTP, coming soon? A free tutorial for Python, and an overview of the Google Chromecast for 2020!

Google Has a New Chromecast for 2020 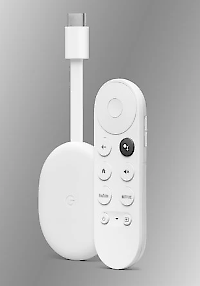 The new Google Chromecast for 2020 has some great new features:

I am hoping that when you plug it in to your TV’s USB port for power, it doesn’t go into unreachable mode like the old one! Here’s hoping! The remote has an on/off button, but that seems to turn your SmartTV on and off via HDMI (if your TV supports that.) I am hoping there will be a way to “wake it up” better than my current version.

There is no support for Google’s On-Line Gaming through the web app, called “Stadia,” but support is supposed to be be added in the future, say about the 2021 timeframe.

It sells from about $49.99 at Best Buy, Walmart, etc. and be available in three colors: “snow,” “sunrise,” and “sky.” Google says that it is manufactured from 49% recycled plastics, for all you tree huggers out there!

A Free Tutorial for Beginners: Python

Python is getting ubiquitous in the programming and computing world, and has been around for some time. If you want a simple beginners tutorial, look no further!

The Death of FTP?

I have long used (and, actually, still use) FTP as a means to update websites as a webmaster, but the day of FTP may soon be behind us!

Tedium – By: Ernie Smith – “Here’s a small piece of news you may have missed while you were trying to rebuild your entire life to fit inside your tiny apartment at the beginning of the COVID crisis: Because of the way that the virus shook up just about everything, Google skipped the release of Chrome version 82. Who cares, you think? Well, users of FTP, or the File Transfer Protocol. During the pandemic, Google delayed its plan to kill FTP, and now that things have settled to some degree, Google recently announced that it is going back for the kill with Chrome version 86, which deprecates the support once again, and will kill it for good in Chrome 88. (Mozilla announced similar plans for Firefox, citing security reasons and the age of the underlying code.) It is one of the oldest protocols the mainstream internet supports—it turns 50 next year—but those mainstream applications are about to leave it behind. Today’s Tedium talks about history of FTP, the networking protocol that has held on longer than pretty much any other.

The year that Abhay Bhushan, a masters student at MIT who was born in India, first developed the File Transfer Protocol. Coming two years after telnet, FTP was one of the first examples of a working application suite built for what was then known as ARPANET, predating email, Usenet, and even the TCP/IP stack. Like telnet, FTP still has a few uses, but has lost prominence on the modern internet largely because of security concerns, with encrypted alternatives taking its place—in the case of FTP, SFTP, a file transfer protocol that operates over the Secure Shell protocol (SSH), the protocol that has largely replaced telnet.

FTP is so old it predates email—and at the beginning, actually played the role of an email client
Of the many application-level programs built for the early ARPANET, it perhaps isn’t surprising that FTP is the one that stood above them all to find a path to the modern day.

The reason for that comes down to its basic functionality. It’s essentially a utility that facilitates data transfer between hosts, but the secret to its success is that it flattened the ground to a degree between these hosts. As Bhushan describes in his requests for comment paper, the biggest challenge of using telnet at the time was that every host was a little different.

‘Differences in terminal characteristics are handled by host system programs, in accordance with standard protocols,’ he explained, citing both telnet and the remote job entry protocol of the era. ‘You, however, have to know the different conventions of remote systems, in order to use them.'”

For the rest of this interesting article, check out Tedium at this link: FTP Fadeout

Some Linux versions are looking more and more like Windows these days. See my last Netcast for some examples, but THAT is nor what I mean when I say that Linux may yet win the desktop.

Eric Steven Raymond (born December 4, 1957,) often referred to as “ESR,” is an American software developer, Open Source software advocate, and author of the controversial 1997 essay and 1999 book “The Cathedral and the Bazaar.” Interestingly, he is also a member of the Libertarian Party and is a gun rights advocate. In a September 25th Blog post he says:

“The two most intriguing developments in the recent evolution of the Microsoft Windows operating system are Windows System for Linux (WSL) and the porting of their Microsoft Edge browser to Ubuntu.

For those of you not keeping up, WSL allows unmodified Linux binaries to run under Windows 10. No emulation, no shim layer, they just load and go.

Microsoft developers are now landing features in the Linux kernel to improve WSL. And that points in a fascinating technical direction. To understand why, we need to notice how Microsoft’s revenue stream has changed since the launch of its cloud service in 2010.

Ten years later, Azure makes Microsoft most of its money. The Windows monopoly has become a sideshow, with sales of conventional desktop PCs (the only market it dominates) declining. Accordingly, the return on investment of spending on Windows development is falling. As PC volume sales continue to fall off , it’s inevitably going to stop being a profit center and turn into a drag on the business.

Looked at from the point of view of cold-blooded profit maximization, this means continuing Windows development is a thing Microsoft would prefer not to be doing. Instead, they’d do better putting more capital investment into Azure – which is widely rumored to be running more Linux instances than Windows these days.”

He speculates that one day, maybe even soon, Microsoft will give in to full Open Source support, then make our desktop Windows essentially a specialized distribution of Linux! It would have a “WINE-like” compatibility layer for older Windows programs, but would essentially be Linux under the hood!

A provocative idea, but with their biggest money maker, Azure, already running on Linux, way not? They need their Azure systems to stay up at 99.99999% and serve out systems securely, which is why Microsoft, old time Linux haters, now, for the most part, run Azure on Linux in their data centers! It is simply in their best interest! Will they now port everything in that direction? Maybe so, we’ll see!

If so, we will have finally won the Linux vs. Windows battle, without a shot being fired!

DrBill.TV #477 – Video – The Linux Pretending to be Windows Edition!

Dr. Bill installs and demonstrates WindowsFX (or, LinuxFX) to us, as well as doing the same with the latest, greatest version of Linux Mint, Cinnamon Edition!

Start the Video Netcast in the Blubrry Video Player above by
clicking on the “Play” Button in the center of the screen.
(Click on the buttons below to Stream the Netcast in your “format of choice”)
(Right-Click on any link above, and select “Save As…” to save the Netcast on your PC.)
You may also watch the Dr. Bill.TV Show on these services!
1 2 3 … 370 »