Steve Gibson, on a special edition of his “Security Now!” Podcast, is spreading the word about two VERY serious Windows security issues. Check out his website for full details:

One is a vulnerability in Microsoft’s Vector Markup Language that can allow remote code execution on your system! The other is for folks running ANY flavor of Windows 2000. This is a “bad” patch that Microsoft pushed out that effects any compressed files that are larger than 4 kilobytes, which may then be corrupted when you create or update those files. This serious “regression” error was introduced into last month’s (August 2006) security patches for Windows 2000 systems. The error can cause corruption of NTFS-compressed files on systems that have had Microsoft Security Update 920958 (MS06-049) applied.

These are both VERY bad problems! Be sure to take the measures that Steve recommends!

This is just too cool! It is so geeky I gotta get one!

“Lumalive fabrics feature flexible arrays of colored light-emitting diodes (LEDs) that make it possible to create dynamic messages, graphics and constantly changing color surfaces — while the cloth itself remains soft and flexible. Philips Research is looking for partners to bring the textiles to market in the form of jackets, t-shirts, drapes, cushions and sofa covers. Lumalive fabrics only become obvious when they light up to display vivid colored patterns, logos, short text messages or even full-color animations. Fabrics like drapes, cushions or sofa coverings actually illuminate in order to enhance the observer’s mood and positively influence his or her behavior.” (From Dr. Joseph Mercola’s Blog)

Your computer would be faster if it ran its data over light comparing to wires. So, let’s use light! That’s what Intel has done in conjunction with UC Santa Barbara. This was featured on NPR news yesterday.

“Intel Corp. said Monday that researchers from the company and from the University of California, Santa Barbara, have jointly built the world’s first electrically powered hybrid silicon laser using standard silicon manufacturing processes. Santa Clara-based Intel (NASDAQ: INTC) said the development ‘addresses one of the last major barriers to producing low-cost, high-bandwidth silicon photonics devices for use inside and around future computers and data centers.’ Intel said researchers were able to combine light-emitting properties of indium phosphide with light-routing capabilities of silicon into a single hybrid chip. When voltage is applied, light generated in the idium phosphide enters the silicon waveguide to create a continuous laser beam that can be used to drive other silicon photonic devices. Intel said a laser based on silicon could drive wider use of photonics in computers because the cost can be greatly reduced by using high-volume silicon manufacturing techniques.”

The “New Heights” Edition of the Dr. Bill Podcast #54! 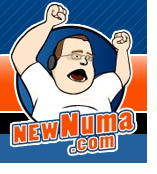 Show Notes:
Great Heights in Tech! A promo for “The Darn PC Podcast!” Computers are just glorified sand! Deep cleansing breaths will help with those darn PCs! The Dr. Bill Contest continues ONE MORE WEEK! Click the link at the top right hand side of the main web page for Dr. Bill – The Computer Curmudgeon to enter the contest! Defining the term “dewd!” A listener tells me to cut out the “dewds!” New NEWS: Gary Brolsma is back! With newnuma.com – watch the new Gary video and let me know if you think it is lamer than the old one… I think so. News items of the week: a geek cartoon! If you “get it” then you are a geek! You can get the T-Shirt! Geek Software of the Week: DeepRipper! It will rip audio files into various formats, check it out! A hint for the week: Scan your Files! Info on Andrew’s complaint about the “prefetch cache” tip from last week! How to use the little known “sfc” command. Foxit Reader Version 2.0 is OUT! YMMV is a handy phrase! The new Foxit icon is cooler! And opinion item on the Blog. The lack of geekiness of “the masses!” Vista Release Candidate 1 is available for download for a limited time! Download it and try it! A listener goes Linux and wants to know about winmodems. Bottom line: winmodems are EVIL! They eat up your CPU even when they work under Windows! Don’t use them! Buy a REAL modem… hang it off a REAL serial port, and life will be good! Or, check out linmodems.org and see if your winmodem chipset will work. Until next week the Doctor is out!

Vista RC1 is Now Available to Anyone!

Wanna try Vista RC1? Well, now according to PC Magazine, you can!

“First, it went to a select group of technical beta testers. Then to those who had tested Beta 2. As of September 14, however, Windows Vista Release Candidate (RC) 1 is now available to anyone interested in testing the product. The bits can be downloaded from the Vista Get Ready site. Microsoft’s goal is to allow up to 5 million individuals, total, to play with this near-final test build. After RC1, there are no more public Vista builds coming â€“ just an undetermined number of private ones before the product goes to manufacturing.”

Go to the link above, and download RC1… see what you think!

Opinion: The “Non-Geekiness” of the Masses

Occasionally, I am reminded of just how big a geek I am. I live in a truly Geek filled world, personally. My lovely wife, Belinda, was manager of the Database and Development Group at Ciba-Geigy (later Novartis, later Syngenta… they can’t make up their minds, I suppose) in the R&D Department. She was a world class geek back when they were cobbling together Macintoshs with actual hard drives (zowie!) to store huge (5 megs!) of data gathered in the field. These machines dialed in (at a blistering 300 – 1200 baud) to update databases on a VAX. This was cutting edge stuff in the early 80s! We met there, and “courted” by e-mail! It was VAX based All-In-1, but it was e-mail! We may not have met on the Internet… but it was as close as it could be back then!

My son is 14. He is a hard core (really hard core) gamer. He has his own web site called “GameMasters.biz”. He rocks!

My friends tend to all be computer geeks, and we talk about virtualization, LAMP, the latest virus attacks and e-mail scams, and when IPTV is going to go mainstream. Our “political discussions” tend to be about net neutrality, or the digital divide.

And then, sometimes, I talk to a “normal” person. Usually, it is when they bring thier computer to me and say, “It’s slow,” or, “It’s broke.” I patiently explain that it is probably overriden by spyware or viruses that THEY got when they went, with wild abandon, to the wrong website, or when they clicked on that e-mail attachment that I had been telling them for years not to click on. They blink their eyes like a deer in headlights and say, “Yeah, whatever… can you fix it?” “Yes,” I say, “I can fix it, but your DO understand that if you keep acting like an idiot and practicing ‘unsafe computing’ you will be back and pay me again to fix it, don’t you?” OK, so I don’t say THAT exactly… it is usually a milder version with the pretty much the same sentiment. But they just give me that look, like, “You really ARE a Geek, aren’t you?” And, they smile and say, “When can I pick it up?”

And so it goes. I suppose I should look at it as a blessing. Like big business and their “planned obsolescence,” I am guaranteed continued business because “the masses” will always be computer “stoopid!” But, the idealist in me keeps trying… and keeps educating, and continues to hope that one day a light bulb will appear over their heads and they will say, “Gee, Dr. Bill, maybe I will learn about how computers and the Internet actually work, and not do dumb things like click on e-mail attachments and visit evil web sites… yeah!” Sigh. Right.

OK, you may remember that I introduced you to Foxit Reader as an alternative to the huge, bloated, and slow Adobe PDF Reader as a “Geek Software of the Week.” Well, their 2.0 version is out, and it seems somehow even faster, cleaner and it is still gloriously FREE!

You owe it to yourself to “bag” the Adobe “bloatware” version and move to this small, clean, modern PDF reader… go ahead, click the link!

Hint: How to Check Your PC Files

If you are using Windows XP, and you have had some issue with your system (say, a virus that has been cleaned off, or spyware) and you want to be SURE that your PC file structure is “clean,” how would you do it? Well, here you go!

Open a Command Prompt window by clicking on “Start,” then “Run,” then type “cmd” in the run “box.”

In the command prompt screen type:

(Note the space after “sfc”)

It will prompt you for your original Windows CD.

It will then scan all the Windows files to assure that the files are intact and are the original versions. It will take a while!

There you go! enjoy!

Geek Software of the Week: DeepRipper!

This is very cool software… and, this week, you get two Geek Software’s for the “price” of one (still FREE!) Find number ONE:

“DeepRipper is freeware that will convert your audio CD tracks to a first-grade MP3, OGG or WAV files. A number of presets for less experienced users and full set of manual settings for experts. Take a full control over CD ripping with DeepRipper- do it quickly, easily and in a flexible way. Extracting digital music files from CDs becomes simple, quick, and painless with DeepRipper. Full control over constant or variable BitRate encoding, ID3 tags management, MPEG version selection- all for first-grade ripping. Truly Free.”

And, on the same web site, find number TWO:

“Need a lightweight, powerful and rock-solid burning application that would work with your drive? It is DeepBurner. DeepBurner will be able to solve most of all your burning needs: be it burning data/audio/video CDs, all types of DVDs, composing photo albums and even burning backups. Every operation would start with a simple wizard, thus virtually everyone can use DeepBurner. Small, easy to start, intuitive to use and powerful, featuring all you need- it is DeepBurner. DeepBurner works on Windows 95/98/2000/NT/ME/XP and is compatible with most CD and DVD writers. There is a Free and a Pro version, the former being intended for home users, while Pro is for advanced and business users.”

REMEMBER… the free version is only for HOME USE! Be sure to pay for Pro and support these guys if you are getting it for commercial use! Very nice! 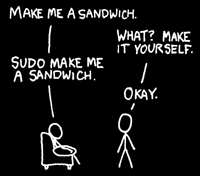 If you get the joke, then you are a Geek! Very cool! If you want the T-Shirt, check out the link below: