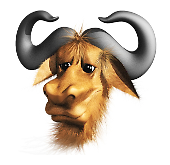 Microsoft is very much against the Open Source movement, and they now claim that 235 patents that they hold are violated by Open Source projects. They are trying to “muddy the waters” over the new GPL (Gnu General Public License) version 3.0.

“Microsoft is using the threat of patent violations by the free and open-source software community to try to drive enterprise customers to SUSE Enterprise Linux and to further muddy the waters around the next version of the upcoming GNU General Public License. As part of this latest strategy, Microsoft has, for the first time, put an actual figure on the number of its patents being violated by free and open-source software. In an interview with Fortune, Brad Smith, Microsoft’s general counsel, claims that the Linux kernel violates 42 of its patents, the Linux graphical user interfaces run afoul of another 65, the Open Office suite of programs infringes 45 more, e-mail programs violate 15, while other assorted free and open-source programs allegedly transgress 68. Some commentators, such as Microsoft Watch Editor Joe Wilcox, believe that Microsoft could use the ‘tacit threat of a patent-related lawsuit as means of keeping in line customers already committed to swap out Office or Windows for open-source alternatives.’ ‘Microsoft has 235 patents that read on open-source technology,’ a company spokesman confirmed to eWEEK May 13.”

Will the “Evil Empire” succeed in ridding the galaxy of the forces of good? Let’s hope not! Actually, though, just because they claim the technology infringes on their patents, doesn’t mean that they do… they mainly want to spook their own customers into continuing to “drink the Kool-Aid” and remain good little mind numbed M$ robots.