Now, That’s What I Call a SUPER Computer! 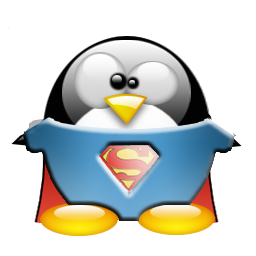 Imagine a single Linux instance with 4 terabytes of memory (not diskspace… RAM!) Now imagine is has 2048 dual core processors (CPUs!) DEWD! 13.1 teraflops of computing power, connected to 240 terabytes of disk storage! Can I have one?

“SGI and NASA today announced that the agency has selected a record-setting SGI(R) Altix(R) supercomputer in its evaluation of next-generation technology to meet future high-performance computing (HPC) requirements. The system was acquired as part of NAS Technology Refresh (NTR), a four-phase procurement process that eventually will replace the Columbia supercomputer system, powered by SGI Altix. NASA’s new SGI Altix system is expected to be installed in August at the NASA Advanced Supercomputing (NAS) facility at the Ames Research Center at Moffett Field, Calif. The new system will be the first supercomputer to operate 2,048 processor cores and 4TB of memory under a single copy of Linux(R) — creating the largest Linux single system image (SSI) in the world. A larger SSI can accelerate scientific research by making all of the system’s processors and memory available to solve a single problem, or several problems at once. Driven by 1,024 Dual-Core Intel(R) Itanium(R) 2 processors, the new system will generate 13.1 TFLOPs of compute power. The system’s dual-core processors allow more computing power per square foot, enabling NASA to pack more computing power into its supercomputing center. NASA also acquired an ultra-dense 240TB SGI(R) InfiniteStorage 10000 system to efficiently handle the massive data storage requirements.”