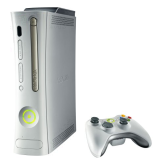 Halo 3 pretty much pushed the Xbox 360 to top seller in terms of console gaming systems for the month of September 2007. But, the Wii is coming up close behind!

“Sales of the Xbox 360 nearly doubled in September in the United States thanks to Halo 3, while the Nintendo Wii continues to post impressive sales numbers. Research firm NPD said that Microsoft sold about 528,000 Xbox 360 consoles during the month of September, up 91 percent from the previous month. Much of this success could be pinned on sales of Halo 3, which sold 3.3 million copies during the month. ‘True to its name, the game rubbed off on hardware sales too–the Xbox 360 realized its best month ever in unit hardware sales outside last holiday season,’ NPD analyst Anita Frazier said in a statement. The game sold twice as many as the next nine titles combined. And the Halo effect may last into October as well. Sources tell BetaNews that internal Microsoft numbers show Xbox 360 sales continued to be brisk well into the current month as well. What is even more surprising is the Wii’s success during what should have been Microsoft’s month. Sales rose to 501,000 units, up 24 percent from the previous month and a new all-time monthly high for Wii sales within the US.”