Dr. Bill shares a geeky, cool freeware tool to capture Windows Media streams from the web, SDP, and shows us a demo from Citrix on XenDesktop!

Handy Tip: Use Gmail as Your Out-going SMTP Gateway 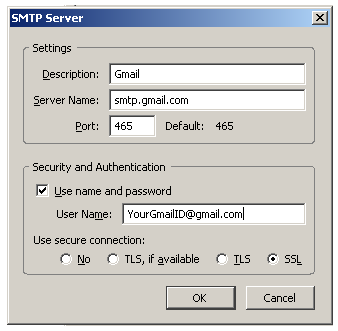 So, why would you want to use Gmail as your SMTP Gateway? Well, let’s say that you have a laptop that you travel with. And you have Mozilla Thunderbird set up as your e-mail client. On your local, home network, you use your ISP’s SMTP gateway, and all is well. But when you take your laptop and go to Starbuck’s using their WiFi connection… you can’t send e-mail. Drat!

What do you do? Well, if you have a Gmail account (they are free, after all) then you can do this… set up Gmail as your out-going SMTP Gateway. Simply fill in the fields in Thunderbird as shown in the screenshot, and you are good to go! Handy, huh?

(Don’t forget the SSL radio button, and the port definition!)

Shades of “The Muppet Show!” Virii in Space!

Remember the Muppet show’s “Pigs in Space?” Well, now it is “Virii in Space!” If even the International Space Station can get a computer virus… well, is nowhere safe from these evil minions of the “pigs” that design viruses? Sigh.

“It was confirmed yesterday by NASA that they have discovered a computer virus on a laptop that is aboard the International Space Station (ISS). The big question that has come out of this though, is should NASA worry? The virus was first discovered by Symantec back on August 27, 2008, with the virus being called W32.Gammima.AG. It impacts systems running Windows 2000, 95, 98, Me, NT, XP, and Windows Server 2003. At this point though, it does not seem that there is much of a threat to NASA directly from the virus. The report states that the virus is very easy to contain and remove, and can cause minimal damage. The best thing the virus can do is steal passwords, but it is not believed that the worm virus could do any damage to NASA at this. NASA is seeing it as more of a pain than a major threat, and for good reason. Many continue to question though how a virus managed to get on the International Space Station in the first place. Donâ€™t they have virus scanning software?”

Illegal Copy of Windows? M$ Knows, and Wants YOU to Know, It Knows!

Notice a black screen with a notice that “You may be a victim of software counterfeiting” on your PC? It may be the result of Microsoft’s latest Genuine Windows Program!

If in the last week or so you’ve noticed that your desktop background in Windows XP Professional goes completely black exactly every 60 minutes, don’t worry, it’s not a virus. A blackened desktop is the latest indication that the Microsoft Genuine Advantage program has determined your copy of the operating system to be non-authentic, as a service of its latest version rolled out to XP Professional users this week. ‘The desktop background can be reset to anything else in the usual ways,’ wrote WGA senior product manager Alex Kochis yesterday, ‘but every 60 minutes it will change back to the plain black background. This will continue to happen until that copy of Windows is genuine.’ Kochis’ team has been tinkering with multiple ways to provide some kind of ‘in-your-face’ notice to the user that Microsoft doesn’t believe his copy of Windows to be a valid one, without making any kind of implied accusation that somehow the user is at fault. For Windows Vista, WGA disables the Aero translucent front-end, substituting the more conventional ‘Vista Basic’ theme instead. In addition to the blackened desktop, the new WGA will show a transparent, immobile notice in the lower right corner of the screen: ‘You may be a victim of software counterfeiting.’ The notice will remain in place whatever software the user may try to run, though it’s probably not intense enough to cause screen burn-in.”

Sigh… spammers just keep trying to get their junk in front of our eyes… and try to find ways to defeat the spam filters… no, it is ASCII art! Back “in the day” ASCII art was cool on old “green screen” terminals… now it is a spam threat!?!?

“An old computer art form is making a comeback as a newer way to evade spam filters. For decades, computing fans have enjoyed a form of expression called ASCII art that shows pictures or messages as a low-resolution graphic, a grid made of numerous computer characters encoded with the venerable ASCII standard. With a photo digitized with ASCII art, for example, the ‘#’ character can represent a dark pixel and ‘.’ a light pixel. And there are large fonts constructed from an assemblage of individual characters. Now the technique has surfaced as a way to transmit information that’s hard for spam filters to detect–but that so far, at least, has proved relatively harmless beyond that stage. ‘There’s been an upsurge in ASCII spam in the last week…It’s quite effective in getting through filters,’ said Chris Boyd, director of malware research at messaging management firm FaceTime Communications. But earlier efforts to use ASCII art for spam have proven to be duds, he added. ‘The downside is that 9 times out of 10, it’s completely useless because it’s almost impossible to read, or it’s a really bizarre picture of a naked lady that’s not clickable,’ Boyd said.”

Dr. Bill has a busy week at work, and therefore, a slow blogging week! Few items, but… Mac vs. PC Geek Culture!

Remember “Star Trek: The Voyage Home?” (The one us Trekkers playfully call the “Save the Whales” movie!) One of the things that they mentioned about in that movie was “transparent aluminium.” Scotty was willing to give away the formula if the guy that owned the company would make some for him. Well, this is an old article, but my brother-in-law, Jon, sent it to me and pointed out that they ARE working on just that… transparent aluminium! Wow!

“A new type of transparent armor made of aluminum could one day replace glass in military vehicles. The product is called aluminum oxynitride. It is being tested by the Army and the University of Dayton Research Institute in Ohio. The material is a ceramic compound with a high compressive strength and durability, according to an Army statement issued this week. It performs better than the multilayered glass products currently in use, and its about half the weight. It is virtually scratch-resistant. ‘The substance itself is light-years ahead of glass,’ said 1st Lt. Joseph La Monica, who heads the research. Glass is still used in the new process, being sandwiched between an outer layer of the polished aluminum oxynitride and a polymer backing.”

How cool is that?

A licensing bug that causes an ESX cluster to lose its VMware license, Patch Tuesday brought some important fixes, Geek Software of the Week: fwbuilder, Netflix has had problems this week, PodcastStation has been discontinued, Star Trek warp drive is a possibility, say scientists! Star Wars Geek Culture!

How Cool is This? Warp Drive May Be Possible! 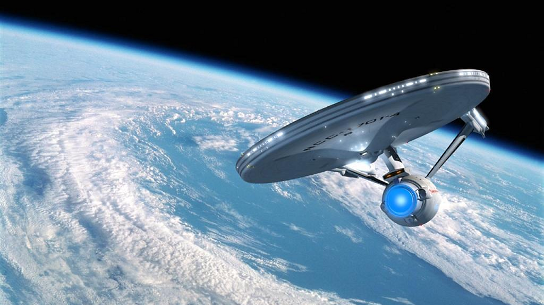 I am a HUGE Star Trek fan, as you may know. And, Star Trek has been very “prophetic” already, predicting hand-held “cell phone” like communicators, pad computers, diagnostic beds in healthcare, etc. Well, how about warp drive? Scientists now believe that warp drive may, indeed, be possible as well! Way to go, Gene Roddenberry!

“Two physicists have boldly gone where no reputable scientists should go and devised a new scheme to travel faster than the speed of light. The advance could mean that Star Trek fantasies of interstellar civilizations and voyages powered by warp drive are now no longer the exclusive domain of science fiction writers. In the long running television series created by Gene Roddenberry, the warp drive was invented by Zefram Cochrane, who began his epic project in 2053 in Bozeman, Montana. Now Dr. Gerald Cleaver, associate professor of physics at Baylor, and Richard Obousy have come up with a new twist on an existing idea to produce a warp drive that they believe can travel faster than the speed of light, without breaking the laws of physics. In their scheme, in the Journal of the British Interplanetary Society, a starship could “warp” space so that it shrinks ahead of the vessel and expands behind it. By pushing the departure point many light years backwards while simultaneously bringing distant stars and other destinations closer, the warp drive effectively transports the starship from place to place at faster-than-light speeds. All this extraordinary feat requires, says the new study, is for scientists to harness a mysterious and poorly understood cosmic antigravity force, called dark energy. Dark energy is thought responsible for speeding up the expansion rate of our universe as time moves on, just like it did after the Big Bang, when the universe expanded much faster than the speed of light for a very brief time. This may come as a surprise since, according to relativity theory, matter cannot move through space faster than the speed of light, which is almost 300,000,000 meters per second. But that theory applies only to unwarped ‘flat’ space. And there is no limit on the speed with which space itself can move: the spaceship can sit at rest in a small bubble of space that flows at “superluminal” – faster than light – velocities through normal space because the fabric of space and time itself (scientists refer to spacetime) is stretching. In the scheme outlined by Dr. Cleaver dark energy would be used to create the bubble: if dark energy can be made negative in front of the ship, then that patch of space would contract in response. ‘Think of it like a surfer riding a wave,’ said Dr Cleaver. ‘The ship would be pushed by the spatial bubble and the bubble would be traveling faster than the speed of light.'”

What is amazing is that this is EXACTLY the way Star Trek described how warp speed travel was possible… a “warp bubble.” How totally weird is that!!?!?

To be fair, I have heard noted physicist and string theorist, Michio Kaku, talk about this on the Discovery Channel before this… but it was cool that is made news this week!