Mark My Words, Linux Will Win! 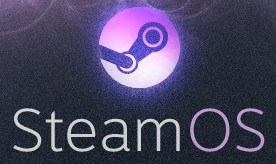 Step one in our attempt at world domination… well, OS domination, anyway! For a LONG time, I have heard, “Well, Linux is nice, and all, but you can’t play games, so it won’t catch on for personal PCs, for most folks.” Oh yeah? Check this out!

Why SteamOS will challenge Windows for PC gaming supremacy

From PC World – “You have to give it to PC gamers. Throughout all the trials and tribulations of the past few years—plummeting PC sales, the mainstream shift to mobile, Windows RT, et cetera—gamers were one of the few bedrocks Microsoft could rely upon. Virtually all major PC games run on Windows, and many run only on Windows.

That’s a big deal. In August, Jon Peddie Research predicted that Bohemia’s ARMA III would drive more than $800 million in PC hardware sales all by itself, and JPR estimates the total market for PC gaming hardware to hit nearly $18 billion in 2013. That’s a lot of quarters, and it’s all funneled toward Windows machines.

But suddenly that domination seems imperiled.

On Monday, Valve launched an assault on one of Windows’ strongest bastions with the announcement of SteamOS, a free, Linux-based operating system built around Steam, the most popular PC-game service in the land. And if any company has the brawn to shift PC gaming to Linux, it’s Valve.

The good news for Microsoft: Windows is going to be the featured destination for PC gamers for a while yet.

SteamOS was built to power so-called Steam Boxes—small, living-room-friendly PCs designed to challenge the gaming consoles’ death grip on the big screen. They’re not fire-breathing enthusiast gaming computers. SteamOS was built around gamepads and Steam’s Big Picture mode rather than keyboards and mice, and perhaps more importantly, it removes the cost of a Windows license—a big expense in the price-competitive living room.

‘I think it is important to understand that the vast majority of gamers consider ‘PC gaming’ to be a situation where the display is a few feet away from the gamer,’ says Ted Pollak, the senior game industry analyst at Jon Peddie Research. ‘…Couch-based gaming is ‘console gaming’ and that is what Valve is making a play toward with Steam Box.’

What’s more, native Linux gaming is still in its infancy and mostly involves using WINE to run Windows games on your machine. Steam for Linux itself only supports around 200 games currently. Most are Valve titles or indie games, and even fewer offer the full gamepad support SteamOS begs for. In fact, SteamOS will rely on a proprietary Wi-Fi technology to stream the nearly 3,000 games available for Steam for Windows to your Steam Box.

‘I think Valve’s challenge will be to get the games ported to its OS,’ says Jon Peddie himself. ‘They can start of course with their own games, and as interesting as they are, that’s a small library.’ (Beyond Steam, Valve has created legendary PC-game series such as Portal, Half-Life, Team Fortress, Counter-Strike, and Left 4 Dead.)

For now, Windows is still firmly entrenched. And yet…

Though Steam Boxes aren’t an immediate danger to Microsoft’s supremacy, the love PC gamers hold for Steam is fierce, and if SteamOS picks up popularity, Valve’s love for Linux could encroach upon Windows’ gaming stronghold.

‘Possibly more important than the ‘PC vs. console’ question is that Valve’s move toward Linux cuts Microsoft Windows out of the picture,’ Pollak says. ‘This then circles back to PC gaming in its traditional form. Will developers make—and people play—Linux-optimized games on the desktop?’

That could reap immediate benefits for SteamOS if it becomes popular with developers, especially as Steam machines are a natural fit for console ports. EA is already on board with its Frostbite engine; Battlefield 4 will be the first major title to use Mantle.”