Google is getting into robotics! How do we feel about that?

San Jose Mercury News – “The New York Times is reporting that Google has confirmed its purchase of engineering and robotics company Boston Dynamics.

Boston Dynamics is best known for developing prototype robots for the Pentagon and other high-profile clients that experiment with new types of robotic motion.

Google did not comment to the Times on how much it paid or how the company’s robotic expertise would be used, but they are likely to join in the Internet giant’s existing robotics efforts led by Android founder Andy Rubin.

Here are some of the concept robots that Boston Dynamics has created since its founding in 1992, many times with funding from the Pentagon’s Defense Advanced Research Projects Agency.”

This week’s Geek Software of the Week is a utility to swap files between different formats. I know, I know, sounds familiar, but really, this one is better than the last one!

What are This Year’s Top Gaming Hand Helds?

Cross-posted from the Hand Held Hack – Here’s an article on the top picks for current had held gaming systems.

KOMO News, Seattle, WA – “If you have a small gamer on your list this holiday season, chances are he wants a portable video-game player. Consumer Reports checked out the offerings from the two main game makers, Sony and Nintendo.

Sony’s handheld device is called the PlayStation Vita, $200. It has better graphics than Nintendo and is a good choice for someone who already has a PlayStation gaming system, as it works as a sidekick to those consoles. So especially with the PlayStation 4, it has remote capabilities, which means that you can play some of your PS 4 titles on your PlayStation Vita.

Nintendo’s lineup is generally better for kids because it offers more kid-friendly games. They include popular series such as Mario Brothers and Legend of Zelda. There are three Nintendo devices available: the 2DS, the 3DS, and the 3DS XL, ranging in price from $150 to $200.

The 3DS and 3DS XL do the exact same thing. They both play the same 3DS games in 3D, and they’re backward compatible with Nintendo’s previous-generation DS games. The only difference is that the 3DS XL is larger than the 3DS.

The 2DS looks a little different but plays all the same games, though not in 3D. Consumer Reports says it’s a great choice for any small gamers on your gift list and, at $150, is the least expensive.

Games for those devices cost about $50 each. It’s possible to get used games for less. Check online at Amazon and eBay. You can also try stores such as GameStop and Best Buy, both of which offer used video games at a discount.”

A new version of WordPress is out. which our blog here is based on. Check it out!

Internet News – “Blogs and Websites around the world are getting a new look today, thanks to the new WordPress 3.8 release. WordPress is the world’s most widely deployed open-source content management and blog system platform, powering more than 73 million sites today.

The 3.8 release benefits from WordPress’ new rapid development process that debuted with the WordPress 3.7 update that came in October. Among the changes in the 3.7 update was the ability for automatic background updates for security and maintenance fixes. The new 3.8 update, however, is not an automatic update and will require those that self-host WordPress sites to manually click an update button.

The first thing that users will see when they update is a revamped administration interface. WordPress founder Matt Mullenweg wrote in a blog post that the design brings a ‘fresh, new look to the entire admin dashboard.'”

No sooner do I do my “Three Reasons to Love Chromecast” and now they have even more apps!

Chromecast Gets 10 New Apps, Including Songza, VEVO, And Revision 3

Techcrunch – “Slowly but surely, Google’s Chromecast devices is beefing up with content partners. The company just announced 10 new apps landing on the $35 smart TV dongle, including VEVO, Revision 3, PostTV, and Songza, to name a few.

For those of you who don’t already know, Chromecast is a device developed by Google that plugs right into your TV to add various streaming services like YouTube, Netflix and most recently HBO Go.

Here’s what Google had to say about the new apps:

And for those many holiday gatherings, you can also cast your personal media straight to your TV using Plex, Avia, or RealPlayer Cloud apps. There’s no need to huddle around small screens when you can share your own photos and videos using your phone, tablet, or laptop.”

Valve, the Vendor Behind Steam, Joins the Linux Foundation!

This is awesome! Who would have thought this even a year ago!

Amazon shows off future 30 minute delivery by drone! Steam has 7 million concurrent users, GSotW: rollApp, Windows 8 growth is slow, more reasons to love Chromecast. Why is Microsoft fighting Chromebooks so hard? A website to test your level of pwnage!

Start the Video Netcast in the Blubrry Video Player above by
clicking on the “Play” Button in the center of the screen.
(Click on the buttons below to Stream the Netcast in your “format of choice”)
(Right-Click on any link above, and select “Save As…” to save the Netcast on your PC.)
Available on YouTube at: https://youtu.be/0jwfJL8Fc2g
Available on Vimeo at: https://vimeo.com/81402213

Amazon shows off future 30 minute delivery by drone! Steam has 7 million concurrent users, GSotW: rollApp, Windows 8 growth is slow, more reasons to love Chromecast. Why is Microsoft fighting Chromebooks so hard? A website to test your level of pwnage!

Start the Video Netcast in the Blubrry Video Player above by
clicking on the “Play” Button in the center of the screen.
(Click on the buttons below to Stream the Netcast in your “format of choice”)
(Right-Click on any link above, and select “Save As…” to save the Netcast on your PC.)
Available on YouTube at: https://youtu.be/0jwfJL8Fc2g
Available on Vimeo at: https://vimeo.com/81402213

Have YOU Been Pwned?

Introducing “Have I been pwned?” – aggregating accounts across website breaches

“Just after the Adobe breach, a number of sites started popping up that let you search through the breach to see if your email address (and consequently your password), was leaked. For example there was this one by Ilias Ismanalijev, here’s another by Lucb1e and even LastPass got on the bandwagon with this one. When I used the tool to check my accounts, I found both my personal and work accounts contained in the breach. I had absolutely no idea why!

The most likely answer is that I did indeed create accounts on Adobe, perhaps as far back as in the days when I was using Dreamweaver to build classic ASP whilst it was still owned by Macromedia. The point is that these accounts had been floating around for so long that by the time a breach actually occurred I had no idea that my account had been compromised because the site was simply no longer on my radar.

But of course Adobe is not the only searchable breach online, there’s also one for Gawker, another for LinkedIn passwords (emails and usernames weren’t disclosed) and so on and so forth. Problem is, there’s not a tool to search across multiple breaches, at least not that I’ve found which is why I’ve built haveibeenpwned.com”

Have I Been Pwned Web Site

Why is Mighty Microsoft Scared of a Linux Powered Chromebook?

Microsoft is fighting against Chromebooks HARD! Spending tons of holiday ad money on dissing Google’s Chromebook. Why? Isn’t Microsoft the “undisputed leader in the PC world?” Ummm… not anymore. In fact, I have asked Santa myself (ie. ny wife) for a Chromebook for Christmas… sparkling under the Christmas Tree! Why? I want to do my computing in The Cloud to see if I can live there! (More on that if it happens!)

Could it be that the Chrome OS is a version of Linux, and the idea of the world running on a totally non-Microsoft platform means their destruction? Maybe. But, Microsoft is running scared… and you know I love it!

Why is Microsoft scared of Chromebooks?

The Verge – ‘It’s pretty much a brick,’ says Pawn Stars’ Rick Harrison as he rejects a Samsung Chromebook brought in by an actor playing a customer. Microsoft really doesn’t want you buying this thing.

But why? Just how big of a threat are Chromebooks, Google’s oft-ridiculed web-only laptops, to Microsoft’s core business?

In many ways, 2013 has been the year of the Chromebook for Google. From Acer’s $199 C720-2848 to HP’s $279 Chromebook 11, Mountain View has attracted traditional Windows PC makers to build a variety of low-cost laptops in time for the holidays. While Microsoft had largely ignored the threat since the first Chromebook launched some two years ago, it’s been on the attack in recent weeks as part of its ongoing ‘Scroogled’ campaign. Following the Pawn Stars bit, the company has recruited its own ‘Ben the PC Guy’ to hit the streets for comparisons between Windows 8 and a Chromebook. 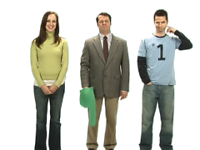 Microsoft’s latest effort to undermine the Chromebooks feels more ‘Mac vs. PC’ — Apple’s famous ad campaign from several years ago — than anything else. (More like “Linux vs. Mac vs. PC” from the old Novell spoof! – Dr. Bill) The scenes are reminiscent of the ‘laptop hunter’ ads that Microsoft used to attack Apple following the Windows Vista release — it’s a similar approach nearly five years later. The difference this time is that Microsoft appears to be targeting a threat that doesn’t really exist yet: while consumer-research group NPD claimed earlier this year that Chromebook sales have snared nearly 25 percent of the US market for laptops under $300, that market has been largely replaced by tablets. Rival research firm IDC estimates that Samsung shipped around 652,000 Chromebooks worldwide in Q3. ‘Among other vendors Lenovo, Acer, and HP have shipped, but in tiny volume,’ says IDC’s senior research analyst Rajani Singh. IDC expects Chrome OS devices to reach 3 million units this year — that’s less than 1 percent of all PC sales.

Something has Microsoft spooked, though. Chromebooks have dominated Amazon’s best seller charts in the US, but without hard numbers, it’s still unclear exactly how well Google’s laptops are selling worldwide. There is a threat from well-priced laptops, as we’ve witnessed from Linux-based netbooks years ago, but things appear to be moving slowly for Chromebooks right now. Google’s latest Chromebooks from Acer and HP could help push things further, but Google and HP were forced to halt sales of the Chromebook 11 last month following complaints of chargers overheating. After three weeks, the Chromebook 11 still hasn’t returned to shelves despite the important Black Friday and Cyber Monday shopping days during the busy holiday period.

And in reality, Microsoft’s offensive could backfire, drawing more attention to a platform that many consumers aren’t familiar with. Google has been aggressively pushing its range of Chromebooks with simple ads that focus on the price of the laptop and its simplicity. The devices won’t appeal to every consumer due to their various restrictions, but many potential customers might not even be aware of their existence yet.

‘Given Microsoft is currently losing the mobility war by a wide margin, they are turning to defending their laptop turf, and doing it by playing a strong offense,’ says Patrick Moorhead, president and principal analyst at Moor Insights and Strategy. ‘The downside is that by Microsoft going after Chromebooks with broadcast media, they are increasing general consumer awareness and familiarity for Chromebooks versus the more technically savvy who are buying Chromebooks.'”