Start the Video Netcast in the Blubrry Video Player above by
clicking on the “Play” Button in the center of the screen.
(Click on the buttons below to Stream the Netcast in your “format of choice”)
(Right-Click on any link above, and select “Save As…” to save the Netcast on your PC.)
Available on YouTube at: https://youtu.be/E9boTr0laTk
Available on Vimeo at: https://vimeo.com/90416782

Start the Video Netcast in the Blubrry Video Player above by
clicking on the “Play” Button in the center of the screen.
(Click on the buttons below to Stream the Netcast in your “format of choice”)
(Right-Click on any link above, and select “Save As…” to save the Netcast on your PC.)
Available on YouTube at: https://youtu.be/E9boTr0laTk
Available on Vimeo at: https://vimeo.com/90416782

Okay, we have another weird Facebook story! As well is it’s crazy buying spree this week in which they bought Oculus Rift virtual-reality for $2 billion in cash and stock, Facebook also announced that they are hiring John Carmack as a Facebook employee. Now, you may not know right off hand who John Carmack is, but if I mentioned Doom, or Quake, what do you think of? If you’re like me, it takes you back to the early days of computer gaming on MS-DOS when, yes, that same John Carmack created these venerable games!

However, you must admit, it’s been a very strange week for tech news!

This week’s utility is very handy! It is called “SiteShoter” and it allows you to grab a screenshot of a website very cleanly to use on your own blog, or website, perhaps when you’re doing a review, or when you want to send a screenshot to a friend to demonstrate the utility of a website that you have found!

“SiteShoter is a small utility that allows you to save a screenshot of any Web page into a file. It automatically creates hidden window of Internet Explorer, loads the desired Web page, and than save the entire content of the Web page into an image file (.png, .jpg, .tiff, .bmp or .gif). You can also use SiteShoter to convert .html file on your local drive into image file. 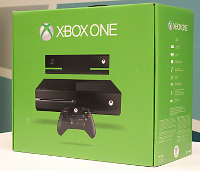 We all know that the end of Windows XP is coming in just over a week, as I write this. A lot of stock pundits are predicting that Microsoft stock will fall because so many people are still using Windows XP, and have not moved on to Microsoft’s later operating systems. Also, this week, Microsoft announced a price drop on the Xbox one console and game bundle from $500.00 to $450.00.

It also appears that this is not a one-time sale, but an actual price adjustment. Investors have been cautious about third-quarter sales figures because the Xbox one has not been selling quite is robustly as expected. So, Microsoft has cut the price to put it in a similar range with the Sony PlayStation 4. Of course, gaming console sales have been softer overall anyway. Microsoft stock is still softer than he has been in over 15 years. So, there are signs that Microsoft’s bubble, at least, may be getting ready to burst.

Of course, this isn’t the first time that their stock is dropped somewhat, so I would not count them out yet. We’ll just have to wait and see what the market does, and how their market share shakes out. It may all depend on what they do with Windows 9 and whether they will insist on continuing to bully customers into using their sorry “Metro” interface. I still think that all they would have to do is provide a software switch within Control Panel to turn off their ugly square Metro screen and give it a classicshell.net, so to speak, option… and they could reclaim a lot of there operating systems market share very quickly!

Now, we all know that historically, Microsoft his fought Open Source for all it’s worth! They have attacked Linux, they’ve called into question Open Source practices, and they have generally fought hard against the entire Open Source movement!

They are, however, finally “getting it!” They have done more to Open Source some of their minor products in recent history; much to the amazement of those of us who have watched Microsoft over the years attack Open Source.

Now, in an amazing move for them, they have released the actual source code for MS-DOS! Granted, it is an ancient operating system on the one hand, and very few people use it these days. However, there was a time when it was the basis of all of Microsoft’s products. So, it is very interesting that they’ve done this.

Microsoft gave permission to Silicon Valley’s Computer History Museum to publish the full source code for MS-DOS this week. Now, for those of us that grew up cutting their teeth on MS-DOS, this is very cool to think about. With this source code now open sourced, you could actually write your own MS-DOS-based operating system and release it with a cute name, and run your machines based on your own operating system! Now, granted, there won’t be as much these days to run on that operating system, but consider the geek cred!

Some pundits are reporting that Microsoft is actually considering licensing certain Windows operating systems at no charge, now this is not Open Source, but freeware. However, it is not like Microsoft to do this… something must be changing, perhaps they’re opening up.

Obviously, releasing any part of Windows, or any version of Windows, even as freeware, would be a big deal! Much more so, than the release of MS-DOS source code. But, it is a start, so, “Way to go Microsoft!” And, I bet you never thought you’d see me say that in print!

UPDATE: Hold the phone! It turns out, that even though Microsoft released the source code for MS-DOS, they still left it licensed under a very restrictive, “you can’t touch this,” research license! So, even while grabbing headlines for supposedly releasing their MS-DOS source code, Microsoft has once again shown their true stripes while trying to grab positive headlines! I knew it was too good to be true!

There’s big news this week concerning Facebook! How’s this for a strange purchase on their part? Facebook paid a reported $2 billion this week to purchase Oculus! Oculus is the developer of the Oculus Rift, the alternate reality headset that has been under development for several years, and is still a long way from practicality. Also, this is right after Facebook decided to purchase WhatsApp for $19 billion dollars!

So, this leaves us with the question” “Is Mark Zuckerberg crazy?” Or, is he “crazy like a fox?” He was quoted as saying, “Mobile is the platform of today and now we’re starting to also get ready for the platforms of tomorrow. To me, by far the most exciting feature platform is around vision or modifying what you see to create augmented or immersive experiences.”

One thing is for sure, Zuckerberg must be doing very well at Facebook! Which, of course, goes without saying! 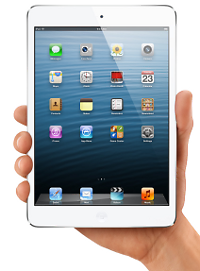 Microsoft has released Microsoft Office for iPad. This has a lot of people scratching their heads and wondering” why did Microsoft release their Office product for iPad first? They could’ve released it for Android first. That would make more sense, based on market share. According to a Gartner report worldwide tablet sales for 2013 indicated that Apple’s iPad is down to a mere 36% market share. And, Google’s Android has a 61.9% market share.

So this begs the question, why release the iPad version first? Now, while I agree that the numbers indicate that it would be smarter for Microsoft to release Office for Android devices first, I am also of the opinion that Microsoft is not very smart in the first place! I believe that they are looking at things viscerally and reacting to the fact that the iPad is what most people think of when they think of a tablet computer, it is considered “the standard” among tablets. And, there is something to be said for the press bump that they get by releasing Microsoft Office for iPad!

After all, here we are talking about it! So in that sense, perhaps it was a good move on their part, at least from a “getting the market’s attention” point of view.

The real question now becomes, will Microsoft follow up by releasing a Microsoft Office for Google Android? If they don’t do that, to try to appeal to a market that is twice the size of the Apple iPad market, then I will go back to my assumption that Microsoft is just plain stupid.

And, by the way, all of my tablets are Google Android-based, even though I now use a MacBook Pro as my personal laptop, and I love it! But for tablets, I’m sticking with Google Android! Go with what you know!

This is a bad zero day exploit involving specifically Microsoft Word 2010. Check out the article from Microsoft for details:

On completion of investigation for this vulnerability, Microsoft will take the appropriate action to protect our customers, which may include providing a solution through our monthly security update release process, or an out-of-cycle security update, depending on customer needs.

We are actively working with partners in our Microsoft Active Protections Program (MAPP) to offer information that they can use to provide additional protections to customers. For information about protections released by MAPP partners, see MAPP Partners with Updated Protections.

Microsoft continues to encourage customers to follow the guidance in the Microsoft Safety & Security Center of enabling a firewall, applying all software updates, and installing antimalware software.

An attacker who successfully exploited this vulnerability could gain the same user rights as the current user. Customers whose accounts are configured to have fewer user rights on the system could be less impacted than those who operate with administrative user rights.

In a web-based attack scenario, an attacker could host a website that contains a webpage that contains a specially crafted RTF file that is used to attempt to exploit this vulnerability. In addition, compromised websites and websites that accept or host user-provided content or advertisements could contain specially crafted content that could exploit this vulnerability. In all cases, however, an attacker would have no way to force users to visit these websites. Instead, an attacker would have to convince users to visit the website, typically by getting them to click a link in an email message or Instant Messenger message that takes users to the attacker’s website.

Recommendation. Please see the Suggested Actions section of this advisory for more information.”

Start the Video Netcast in the Blubrry Video Player above by
clicking on the “Play” Button in the center of the screen.
(Click on the buttons below to Stream the Netcast in your “format of choice”)
(Right-Click on any link above, and select “Save As…” to save the Netcast on your PC.)
Available on YouTube at: https://youtu.be/Bx62J56W3MU
Available on Vimeo at: https://vimeo.com/89815569
1 2 3 4 »