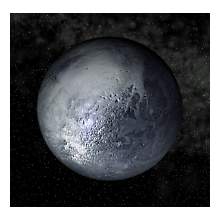 We are almost ready to explore Pluto! How cool is that?

i09 – By: George Dvorsky – “At 3:00 PM ET on Saturday, a pre-set alarm clock roused New Horizons from its hibernation mode. Owing to the extreme distance, NASA received confirmation at 9:30 PM ET, some 6.5 hours later.

New Horizons will make its closest approach to Pluto on July 14, 2015. The probe will not be stationed in orbit around the dwarf planet. Mission planners say there are two reasons for this:

The first is an engineering reason. To get to Pluto (which is 5 billion kilometers or 3 billion miles from Earth) in just 9.5 years, as New Horizons will, the spacecraft must travel very, very quickly. As a result, New Horizons will speed by Pluto at a velocity of about 43,000 kilometers per hour (27,000 miles per hour). To get into orbit, operators would have to reduce that speed by over 90%, which would require more than 1,000 times the fuel that New Horizons can carry.

The second reason is scientific: If we did stop to go into orbit, we wouldn’t be able to go on to explore the Kuiper Belt!

The $700 million mission has the following objectives:

The New Horizons spacecraft is roughly 8 feet (2.5 meters) across and weighs about 1,050 pounds (480 kilograms) — about half a ton. It’s about the size and shape of a baby grand piano.It carries seven scientific instruments:

Alice: An ultraviolet spectrometer used for measuring gas composition
Ralph: An infrared spectrometer (LEISA) for mapping surface composition and a color optical imager (MVIC) for mapping surface structure and composition
REX: A radio experiment for measuring atmospheric composition and temperature
LORRI: An optical telescope that provides the highest resolution imaging of the surface
PEPSSI: A plasma-sensing instrument for measuring particles escaping from Pluto’s atmosphere
SWAP A plasma-sensing instrument for measuring the properties of the solar wind at Pluto, Pluto’s atmospheric escape rate, and for searching for a magnetosphere around Pluto. The “solar wind” is a stream of charged particles streaming away from the Sun at high speed.
SDC: An instrument used to measure dust impacts at the New Horizons spacecraft during its entire trajectory

What an amazing time for space exploration! Just a few weeks ago we were bouncing probes off a comet, and now, in addition to New Horizons, we can expect Dawn to arrive at Ceres.”

Geek Software of the Week: ADrive!

This is a cool service that is free for 50 gig, and then is only $25.00 per year for 100 gig! This is the lowest price for this kind of service I have ever seen! You HAVE to check this out! Plus, it is one of the few services that let you use SFTP to transfer files!

Securely Store & Manage Your Files in the ADrive Cloud:

Time Trap by Micheal Shanks… Not THAT Michael Shanks!

At first I though this was by the Michael Shanks that was Dr. Daniel Jackson on Stargate SG-1! I was geeking out! Who knew that Michael Shanks was geeky enough to shoot a file and do all the special FX on it as well! Ah, no, he isn’t. But this Michael Shanks is!

It is pretty cool. Check it out! I’ll bet the Michael Shanks that made the video is tired of being compared to the “other” Michael Shanks!

Not finished, and very buggy, but it looks promising!

The US is Back in Space! 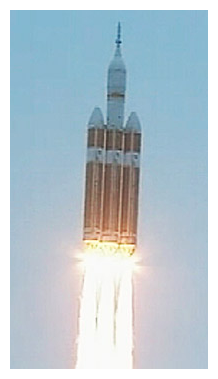 The this week the United States launched a new rocket called the Orion. This officially gets the United States back into the space business, at least as a government-based industry. There have been private space industry companies such as SpaceX that have been launching rockets and spacecraft since the American program was shut down. But now, we are back with a vengeance!

The Orion capsule will hold four men and and is designed for longer missions than the near-Earth Space Shuttle allowed us to be involved with. The new craft is designed to allow us to send a mission to the asteroid belt, and then further on to Mars. The launch was very spectacular, and it was sad that the regular news media chose not to cover it. In fact, unless you’re a space geek you probably didn’t even know that we were back in the space business again! It’s truly sad that it’s come to this. 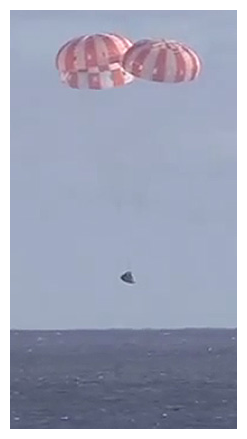 I can remember when I was much younger, we followed space and space exploration very closely… there was a lot of public interest, now it has dwindled, and the media, at least, are not interested.

Fortunately, the Internet allows us the opportunity to follow things that no one else seems to care about… so I was excited to see Orion launch and successfully complete its mission, and then splash-down in the ocean. It was the first splash-down since the 70s for America and it went very well!

I trust this will be the first of many successful missions for the Orion spacecraft! Way to go, NASA!