Oculus is Closer to Becoming a Reality! 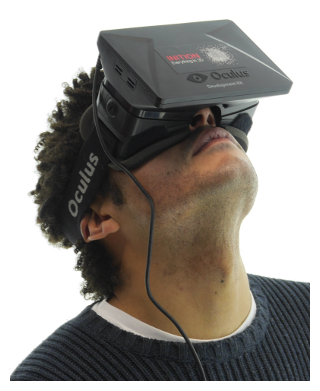 Oculus Rift is going to be so cool!

c|net – By: Dara Kerr – “Austin, Texas — It’s still unclear if the consumer version of the Oculus Rift virtual-reality headset — special goggles that let users view simulated 3D worlds — is going to hit stores in 2015. But that doesn’t mean something is awry.

Luckey was speaking during an ‘Ask Anything’ panel discussion at the South by Southwest festival here, which brings together technorati, filmmakers and musicians. The festival also has a massive presence from the video game industry, with hundreds of developers showing off their products at the so-called SXSW Gaming Expo.

It’s been rumored that the Oculus goggles would be hitting stores this year, but the company has repeatedly declined to comment on specific dates.

Just a couple of years ago, the idea of virtual-reality headsets seemed like a pipe dream, but now several companies are planning to bring these special goggles to the public. Facebook spent $2 billion to buy Oculus last year, and in just the past 12 months, others including HTC, Valve and Sony have unveiled competing devices as well.

Oculus Vice President of Product Nate Mitchell, who was also speaking on the panel at SXSW, said the company wants everything to be perfect before Oculus finally lands on store shelves.

‘We’ve been determined to release our own consumer virtual reality for some time,’ Mitchell said. ‘We want to launch this thing as soon as we possibly can, but with absolutely no compromises.'”