The NEW Apple TV May Yet Be a Reality Soon! 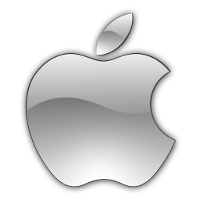 I still love my Roku, but this does sound intriging! After all, I am an Apple guy too!

c|net – By: Don Reisinger – “The Apple TV set-top streaming box will reportedly get an update later this year that could finally bring some long-awaited features to the device.

Apple will unveil a new Apple TV box at its Worldwide Developers Conference (WWDC) later this year, Buzzfeed is reporting, citing people who claim to have knowledge of the company’s plans. The Apple TV announcement will come in tandem with the unveiling of a software development kit that will allow developers to bring apps to the set-top box, according to the report. Apple TV currently has apps, but those are automatically added to the device. The update would deliver an App Store to the Apple TV, similar to the App Store on iOS devices like the iPhone and the iPad.

The Apple TV box has been on a strange odyssey since its debut in 2007. The original device was designed to bring iTunes content to a customer’s television and was followed by subsequent versions that stripped away the need for onboard storage and focused solely on streaming content to the television. An updated Apple TV device hasn’t appeared since 2012.

The Apple TV box currently offers access to iTunes content, as well as a host of apps, ranging from YouTube to HBO Go. Owners can also rent and buy movies and television shows from the device. The Apple TV device will also play host to HBO’s upcoming streaming-only service, called HBO Now, starting next month. It’ll initially be the only TV streaming device to support HBO Now, beating out competitors Roku and Google’s Chromecast.

Years ago, Apple co-founder Steve Jobs famously called the Apple TV a ‘hobby’ and gave little indication that the product would feature prominently in the company’s product roadmap. Indeed, over the last several years, some analysts have said that Apple has treated Apple TV as little more than an afterthought.

The tide, though, appears to be turning. At its special event earlier this month announcing more details on Apple Watch, Apple said it has reduced the price on the Apple TV to $69 from its previous $99 price tag. Apple also touted that it has sold 25 million Apple TV units since the product’s inception in 2007.

Just a week later, a report surfaced in The Wall Street Journal claiming Apple is working with television networks to launch a service later this year that would let users stream programming from a range of providers, including ABC, CBS and Fox. The service would be available on Apple’s iOS devices and the Apple TV. (Disclosure: CBS is the parent company of CNET.)

The Buzzfeed report claims Apple is looking to sweeten the pot a bit. The new Apple TV box would come with a new design and more storage than the current device’s 8GB to allow for the storage of apps. The Apple TV device could also include a Siri voice control feature and support for Apple’s home automation platform HomeKit, the report says.

So far, pricing and other key details, like improvements to the device’s operating system, are unknown. Apple has yet to announce an official date for WWDC 2015. It typically hosts the show, which caters to developers who create software for Apple’s iOS mobile operating system and OS X operating system for laptop and desktop computers, in early June. Apple hosts a keynote address to kick off the event, which would likely be where the company announces an updated Apple TV.