From The Chromest Blog: Kinda like Captain Kirk said about the Klingons, “Let them die!” The point that super cheap Windows PCs are, well, cheap, is a very valid point! Chromebooks may not run Windows, but they run the Chrome OS VERY well! You can’t say the same about cheap Windows PCs running Windows!

ExtremeTech – By: Joel Hruska – “A new report suggests Windows PCs don’t just face a challenge from tablets and smartphones, but are increasingly under fire from within their own brand segment. Chromebooks, the web-based Google alternative to a Microsoft or Apple-powered laptop, have been slowly gaining ground since they debuted in 2011.

Chromebooks are just a fraction of the PC market, at 2.8% in 2015, but that’s up from 1.9% in 2014. That’s an increase of 47% in just a year — not bad for growth when the PC market as a whole continues to take a beating. In response, companies like HP and Dell are reportedly cutting their losses and mostly leaving the sub-$300 space. Acer, Asus, and Lenovo continue to offer some products from $180 to $300, but we may see these products gradually phase out if they don’t sell well enough to justify their own existence.

You could argue the surge in Chromebook sales is proof the venerable Wintel Alliance is no longer capable of defending itself, even on its own turf. After all, Microsoft and Intel may have failed to capture much of the mobile market, but they at least maintained a lock on the laptop and desktop industry. Chromebooks could threaten that lock, at least in the long term.

On the other hand, dumping the sub-$300 market could be the smartest thing Dell, HP, and the other OEMs have done in years.

I realize that the header above may sound a bit pejorative or unprofessional, but I’d challenge anyone to refute it. Anyone who has had to guide a friend or family member through a budget-restricted, low-end laptop purchase knows that the entire process is a nightmare. Because manufacturers often run specials or markdowns on specific SKUs, trying to identify the best system on any given day involves wading through a morass of nearly identical specifications. Many of these bottom-end systems have at least one ‘gotcha’ — a terrible keyboard, an insanely sensitive trackpad, or a display with viewing angles so narrow, it accidentally doubles as a security window. Inexpensive systems tend to have more bloatware than more-expensive hardware, and often carry the fewest support options.

There is a difference between buying a no-frills budget product with solid basic performance and a bad laptop. All too often, inexpensive computer hardware crosses that line — and the cheaper you go, the worse it gets.

HP, Dell, and the other OEMs are all aware of this, of course. They’ve continued to offer these systems as a way of eking out tiny profits on huge hardware volumes and, I think, partly out of an institutional memory for a time when less expensive PC hardware was automatically equated with better PC hardware.

It’s hard to remember now, but there was a time when the race to the bottom of PC prices was seen as a unilaterally good thing for all involved. Consumer PC margins were shrinking, but volumes were growing even faster. I bought my first computer with my own money when manufacturers started offering $999 boxes without a monitor. As desktop and laptop prices fell, more and more people were able to get online for the first time. This was, and is, a very good thing, and I’d never argue for a return to the days when buying a computer meant slapping down a few grand for the privilege.

At some point, however, the model stopped working. Blame Microsoft’s ‘Windows tax,’ or Intel’s high margins, or the OEMs themselves for being so willing to race to the bottom — it doesn’t really matter. What matters is the experience of using a low-end Windows laptop is often much worse than it objectively should be. Given that laptop average selling price (ASP) fell to $430 in 2014 and hasn’t budged much since, it’s reasonable to conclude the majority of Windows users are experiencing the operating system on these low-end systems.

Low quality OEM systems aren’t the reason why the PC market has slumped so badly, but it’s hard to get excited about buying a new PC when previous purchases have shown you that however nice the hardware seems out of the box, it quickly disappoints. The low-end PC experience is compromised in ways you don’t see with $199 to $299 tablets.

If HP, Lenovo, and other OEMs can improve their profit margins and their higher-end product lines by killing their lowest-cost hardware, I say do it — not because people on a budget shouldn’t be able to buy Windows computers, but because the current system doesn’t work for anyone. Consumers aren’t happy with the hardware they purchase, OEMs aren’t happy with their profit margins, and Microsoft wants people to actually want to use its operating systems.

In the short term, this kind of switch would depress PC sales, but in the long run, it might well improve them. Give people a better day-to-day experience, and they’ll be more likely to replace aging hardware with devices in the same ecosystem. Hand them a consistently mediocre-to-terrible experience, and they’ll jump ship the first chance they get. We’ve already seen how people react to the mediocre-to-terrible option, so why not try building fewer PCs at somewhat higher margins, with hardware and software loadouts people want to use?”

Google Chrome to Mark all HTTP only sites as ‘Bad’! 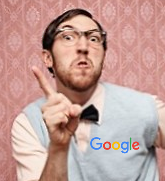 What if you have a simple web site that doesn’t need encryption? Why should you have to but an expensive SSL certificate? Bummer!

Google Chrome gets ready to mark all HTTP sites as ‘bad’

ZDNet – By: Liam Tung – “A year after Google’s Chromium Security team proposed marking all HTTP sites which are non-secure, the company is preparing to implement the policy in Chrome.

As the company highlighted in its proposal in 2014, HTTP sites provide no data security to users, so why don’t browsers warn users of this fact, say, by displaying a red cross over a padlock next to the URL instead of the status quo, which is no warning at all?

Google called on Apple, Microsoft, and Mozilla to reverse the situation gradually, so that one day the only unmarked sites are those that have enabled the more secure protocol, HTTPS.

With HTTPS, the connection to users is encrypted and the site’s digital certificate has been verified by a third-party certificate authority.

The new marking in Chrome is designed to be the stick to the carrots Google has dangled to encourage wider adoption of HTTPS.

Google argues that properly secured connections can frustrate surveillance attacks on the web. In 2014, it began using HTTPS as a positive ranking signal and in December adjusted its indexing system to crawl for HTTPS equivalents of HTTP pages and prioritize them where they’re available.

However, until this week it hadn’t announced any progress on its proposal. At the Usenix Enigma 2016 security conference, Google offered a snapshot of the future, showing what The New York Times website would like when Google implements the feature in Chrome.

Chrome users can look at how the markings would work by typing chrome://flags/ in the URL bar and enabling the experimental feature ‘Mark non-secure origins as non-secure’.

It is not clear when Google will introduce the new marking system by default in Chrome, though some observers, such as Eric Mill from the US General Services Administration’s tech savvy unit 18F, have taken it as a sure sign the plan will proceed.

Google’s Chromium issue tracker also indicates it is pressing ahead with the feature: ‘Our goal is to mark non-secure pages like HTTP, using the same bad indicator as broken HTTPS, since this 1) is more accurate than marking such pages as neutral, and 2) simplifies the set of security indicators.’

And as the company prepares to begin marking HTTP as bad, it has also released new tools to help developers deploy HTTPS.

On Tuesday, Google announced Security Panel, a new developer tool in Chrome that will help them identify common issues preventing sites from attaining the green padlock that represents a properly secured connection.

The tool will check the validity of a digital certificate and whether the site is using a secure protocol, cipher suite, and key exchange.

It will also help pinpoint the source of mixed content issues, such as a non-secure image on an otherwise secured page, which today in Chrome will trigger a grey padlock with a yellow triangle.”