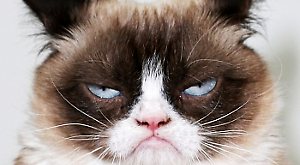 Okay folks, it’s time for a bit of a rant! For those of you that are not aware YouTube has, in the past, paid YouTube creators based on ad revenue generated by people watching their videos on YouTube. At least that’s how it’s been up to this point. You have to enroll in their monetization program, and agree to allow ads to be shown during your videos. You can opt out of this, and you might want to if you’re a non-profit organization. However, it has always been beneficial to earn at least a little revenue off of people watching your videos. This was a nice feature for those of us that put videos up on YouTube.

However, YouTube has just changed the rules to make it harder to be eligible for monetization on your YouTube channel. In order to qualify you have to have at least 1000 subscribers, and those subscribers must have watched at least 4000 hours of your videos over the last year. Now, for those of us that have small channels, and less than 1000 subscribers, we are eliminated from any monetization opportunities on YouTube!

Now, to be fair, I have never made much money off of YouTube videos. In fact, months go by before any ad revenues generate enough financial benefit for them to pay out anything. It was kind of nice to occasionally get a check for a small amount of money that can then be used to offset the cost of equipment, items I might be reviewing, and other various costs involved in producing a channel. It never rose to the level of earning enough money to support myself by YouTube. However, to me that’s not the point. If ads are going to be shown on my channel, and people are going to be watching them, then why would I not get a cut of those ad revenues? It only seems fair to me, no matter how few are watching, or how many are subscribed.

Anyway, I think it’s a shame that this has happened, though I don’t call it the “death of YouTube” as some people have! YouTube will continue and small providers, like me, will probably continue to produce videos, perhaps not as enthusiastically as before, but as an outlet for self-expression. YouTube is out there, and we will keep using it!