Apple’s iTunes Analytics Show Podcast Listeners Are Out There! 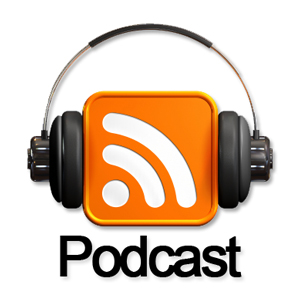 You folks ARE out there listening to podcasts!

Wired – By: Miranda Katz – “Misha Euceph was nervous. The public radio producer had started a podcast as a side project in early 2017, and the exploration of her experience as a Pakistani-American immigrant had taken off faster than she’d ever imagined, making its way to the top 50 in the Society & Culture category on Apple’s Podcasts chart and attracting some big-name advertisers. But the same question that has long plagued many podcasters nagged at the back of Euceph’s head: Were people actually listening all the way through her show? Were the ‘midroll’ ads that played throughout an episode breaking up the narrative? When she finally got detailed data on how people listened to Beginner, would she have to rethink the way she structured her show?

Since the beginning of the current podcast boom, often attributed to 2014’s Serial, data on how people listen to podcasts has remained woefully scarce, even as advertising spending climbed to an estimated $220 million in 2017. When Apple Podcasts announced last year that it would soon be offering podcasters more data on their listenership, some worried it would force a ‘reckoning’—and possibly an ‘ad apocalypse,’ if brands decided that the fledgling new medium wasn’t worth their dollars, after all.

Apple’s Podcast Analytics feature finally became available last month, and Euceph—along with podcasters everywhere—breathed a sigh of relief. Though it’s still early days, the numbers podcasters are seeing are highly encouraging. Forget those worries that the podcast bubble would burst the minute anyone actually got a closer look: It seems like podcast listeners really are the hyper-engaged, super-supportive audiences that everyone hoped.

Forget those worries that the podcast bubble would burst the minute anyone actually got a closer look: It seems like podcast listeners really are the hyper-engaged, super-supportive audiences that everyone hoped.

‘I think some people had an apocalyptic fear that, ‘Oh my God, we’re going to get this data and see no one’s listening,” says Erik Diehn, CEO of Midroll Media. Thanks to surveys and data from Stitcher, Midroll’s distribution platform, the podcast network had long felt confident that a nightmare scenario was unlikely—and now thanks to Podcast Analytics, Diehn says, it’s finally indisputable fact. On average, according to Midroll’s data, podcast listeners are making it through about 90 percent of a given episode, and relatively few are skipping through ads.

Across the podcast ecosystem, the results are similarly uplifting. At Panoply, home to podcasts like Slate’s Political Gabfest and Malcolm Gladwell’s Revisionist History, CTO Jason Cox says that listeners are typically getting through 80-90 percent of content; the same is true at Headgum, the podcast network started by Jake Hurwitz and Amir Blumenfeld. Those numbers tend to be steady regardless of the length of the show—and according to Panoply, the few listeners who do skip ads continue to remain engaged with the episode, rather than dropping off at the first sign of an interruption. ‘I think people are overall very relieved to see that people are actually listening the way that we hoped,’ says Headgum CTO Andrew Pile. ‘There are really audiences out there who listen to every word that comes out of [a host’s] mouth.’

So what does this all mean for podcast listeners? For starters, it means you don’t need to worry that your feed will become populated with shows nearly identical in structure and length as podcasters rush to optimize around the new data—the doomsday podcast equivalent of, say, pivoting to video. ‘What we’re not seeing is any glaring indication that all podcasts should be, say, 15 minutes and 30 secs long, and that’s the optimal length,’ says Cox. Quite the contrary, in fact: podcast enthusiasts may expect to see more experimentation in form over the coming months, as podcasters are now able to evaluate how their audiences respond when they drop an entire season at once or switch to a daily format for a week.

That’s exactly what Nastaran Tavakoli-Far did on her podcast, The Gender Knot. The first season of her show featured 45-minute episodes interspersed with shorter, newsier dispatches, but she suspected that the longer episodes were performing better—and Apple’s data confirmed that hunch. ‘It helped validate the decision to move back toward a 45-minute format,’ she says. Mark Pagán, host and producer of Other Men Need Help, has been similarly emboldened by Apple’s new tool: Though the first season of his show adhered to a three-act, roughly 20-minute structure, he’s now inspired to get a bit more playful and see what sticks. ‘To do something where it’s like, boom, this is a five-minute musical, and we’re just going to do that and see if this is engaging the same sort of listenership—it’ll be nice to be able to chart that a little bit easier,’ says Pagán.

On the business side, it’s likely that these high engagement rates and low levels of ad skipping will see a flood of new advertisers who have until now been reticent to enter the Wild West of podcasting—welcome news to anyone who feels about ready to throw their phone across the room any time they hear another ad for Squarespace or Casper. ‘What this will do now is give us a better story and more data to show to brands who maybe haven’t been in the podcasting space,’ says Panoply’s Cox.

There’s also reason to believe that ads on podcasts will become increasingly entertaining—something so organic to a show itself that you might not want to skip it. ‘When it really does feel like part of a show, there’s less of a skip rate, which just confirms what we’ve been telling advertisers for years and years,’ says Midroll’s Diehn, noting that when Earwolf put Hollywood Handbook on Stitcher Premium and removed the show’s ads, listeners actually complained. ‘Native spots in the style of the show keep people engaged, keep them from skipping, and now we have data that frankly proves it.’

Still, Apple’s new tool comes with caveats. For starters, it currently only counts users listening with devices that have been upgraded to iOS 11, so it’s best viewed as a representative sample of listeners, rather than hard data on how a show’s listenership is growing over time. And tracking ad-skipping is still a squishy business: Thanks to new technology that supports dynamic ad insertion, the length of a given ad break can vary depending on when a listener downloads a new episode, which can make it difficult to get an exact read on how many people might be skipping past the branded bits. But for a digital medium that’s had comically little data available to date, even slightly imprecise numbers will go a long way.

Podcasters and advertisers alike have long suspected that their listeners might just be a holy grail of engagement. The medium is inherently intimate, and easily creates a one-sided feeling of closeness between listener and host—the sense that the person talking into your ear on your commute is someone you know, whose product recommendations you trust, and whose work you want to support. Cox describes it as a ‘lean in’ medium: ‘People are really listening and want to consume all of the content that is there and available. There’s a level of dedication that comes from podcast listeners that you otherwise don’t find.’ And now the numbers prove it. Podcasts aren’t a bubble, they’re a boom—and that boom is only getting louder.”