Geek Software of the Week: UrBackup! 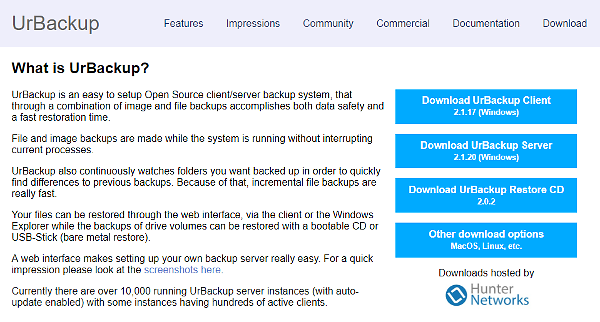 Free, Open Source Backup available for Windows, MacOS, and Linux. It can back up a running machine and create an image backup that you can then use to do a bare metal restore!

“UrBackup is an easy to setup Open Source client/server backup system, that through a combination of image and file backups accomplishes both data safety and a fast restoration time.

File and image backups are made while the system is running without interrupting current processes.

UrBackup also continuously watches folders you want backed up in order to quickly find differences to previous backups. Because of that, incremental file backups are really fast.

A web interface makes setting up your own backup server really easy.