Dropbox Has an IPO! 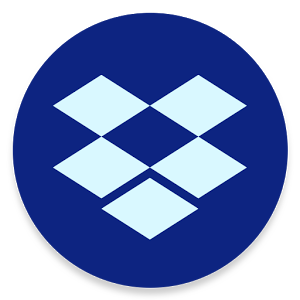 This actually makes me want to get in on the Stock Market! I am a big Dropbox fan!

The Dropbox IPO filing is here

Going public is a huge milestone for Dropbox and has been one of the most anticipated tech IPOs for several years now. The cloud storage company has been around since 2007 and has raised more than $600 million in funding.

We knew that it had already filed confidentially, but the company has now unveiled its filing, meaning the actual IPO is likely very soon, probably late March.

The company says it will be targeting a $500 million fundraise, but this number is usually just a placeholder.

The company is not yet profitable, having lost nearly $112 million last year. This shows significantly improved margins when compared to losses of $210 million for 2016 and $326 million for 2015.

Dropbox has been cash flow positive since 2016.

Dropbox, which has a freemium model, says it has 11 million paying users, just a small fraction of the more than 500 million registered users who use its cloud services for free.

The big question is whether the company will achieve the $10 billion valuation it raised in the private markets. Part of its success will be measured relative to Box, which went public in 2015 and will be considered a comparable.

The prospectus warns of the competitive landscape.

‘The market for content collaboration platforms is competitive and rapidly changing. Certain features of our platform compete in the cloud storage market with products offered by Amazon, Apple, Google, and Microsoft, and in the content collaboration market with products offered by Atlassian, Google, and Microsoft. We compete with Box on a more limited basis in the cloud storage market for deployments by large enterprises.’

Box CEO Aaron Levie chatted with us on our ‘Equity’ podcast, sharing his immediate reaction to competitor Dropbox’s filing.

With the filing we see that the largest shareholder is Sequoia Capital, which owned 23.2 percent of the overall shares outstanding. This is a large stake. Accel owned 5 percent overall.

Founder and CEO Drew Houston owned 25.3 percent of the company.

The company is listing on the Nasdaq, under the ticker ‘DBX.’

Others vying to go public soon will keep an eye on the performance of Dropbox. Investors place weight on the ‘IPO window,’ and view recent debuts as a test for appetite for tech listings.

Spotify is gearing up to go public around the same time, but will be shunning the traditional IPO process by listing without doing a fundraise.”