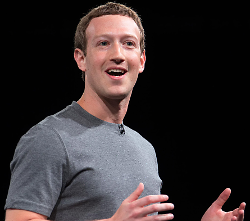 Mark Zuckerberg apologized on Wednesday evening for his company’s handling of the Cambridge Analytica privacy scandal. “This was a major breach of trust and I’m really sorry this happened,” he said in an interview on CNN. “Our responsibility now is to make sure this doesn’t happen again.” Zuckerberg’s comments reflected the first time he apologized following an uproar over how Facebook allowed third-party developers to access user data. Earlier in the day, Zuckerberg wrote a Facebook post in which he said the company had made mistakes in its handling of the Cambridge Analytica data revelations. The company laid out a multipart plan designed to reduce the amount of data shared by users with outside developers, and said it would audit some developers who had access to large troves of data before earlier restrictions were implemented in 2014.

Zuckerberg also told CNN that he is not totally opposed to regulation. ‘I’m not sure we shouldn’t be regulated,” he said. “There are things like ad transparency regulation that I would love to see.’

Other highlights of Zuckerberg’s interviews:
-He told multiple outlets that he would be willing to testify before Congress.
-He said the company would notify everyone whose data was improperly used.
-He told the New York Times that Facebook would double its security force this year, adding: ‘We’ll have more than 20,000 people working on security and community operations by the end of the year, I think we have about 15,000 now.’
-He told the Times that Facebook would investigate ‘thousands’ of apps to determine whether they had abused their access to user data.

Regarding moderation, Zuckerberg told Recode: ‘[The] thing is like, ‘Where’s the line on hate speech?’ I mean, who chose me to be the person that did that?’ Zuckerberg said. ‘I guess I have to, because of where we are now, but I’d rather not.'”