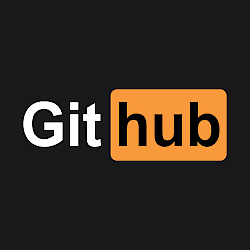 Hell continues to freeze over! Not only is Microsoft buying GitHub, the Linux Foundation actually approves of the move! A Slashdot poster says:

The Verge reports:
10 years ago, Zemlin was calling for Microsoft to stop secretly attacking Linux by selling patents that targeted the operating system, and he also poked fun at Microsoft multiple times over the years. ‘I will own responsibility for some of that as I spent a good part of my career at the Linux Foundation poking fun at Microsoft (which, at times, prior management made way too easy),’ explains Zemlin. ‘But times have changed and it’s time to recognize that we have all grown up — the industry, the open source community, even me.’

Nat Friedman, the future CEO of GitHub (once the deal closes), took to Reddit to answer questions on the company’s plans. ‘We are not buying GitHub to turn it into Microsoft; we are buying GitHub because we believe in the importance of developers, and in GitHub’s unique role in the developer community,’ explains Friedman. ‘Our goal is to help GitHub be better at being GitHub, and if anything, to help Microsoft be a little more like GitHub.'”