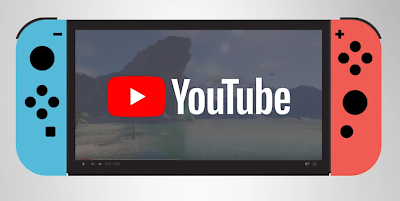 My son, the GameMaster, loves his Nintendo Switch, and he loves to watch YouTube. This announcement should make him happy!

TechCrunch – By: Jordan Crook – “Nintendo has sold over 22 million Switch consoles since launch, with plans to sell another 20 million this fiscal year.

That said, Nintendo hasn’t seemed too focused on building out its portfolio of non-gaming apps.

Thus far, only Hulu has managed to get aboard the Switch train. But today, YouTube joins the mix. Switch owners can download the YouTube app here. Also of note: the YouTube app on Nintendo Switch supports 360-degree video.

Given Nintendo’s portfolio of Switch-compatible games, including Zelda, Super Mario Odyssey, Pokémon, and Fortnite, YouTube’s integration with the console makes sense. Both the Switch and YouTube skew toward younger demographics.

Part of the reason that it’s taken so long for streaming apps to make their way to the Switch is because of Nintendo’s focus on growing its gaming library for the console.

‘We’ve said that other services will come in due time,’ said Reggie Fils-Aimé, Nintendo’s chief operations officer, in an interview from last month. ‘For us, we want to make sure that we continue driving the install base for Nintendo Switch, continue to have great games for the platform.'”