China Lands a Craft on the Moon’s Far Side! 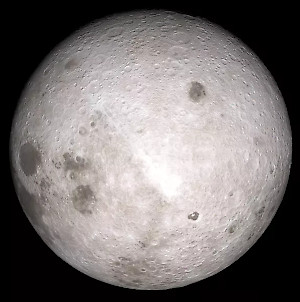 This gives a whole new meaning to the “Far Side of the Moon” memes!

In a world first, China lands a spacecraft gently on the Moon’s far side

The Verge – By: Loren Grush – “This evening, China became the first nation to land a spacecraft gently on the far side of the Moon, according to China Global Television Network America. A Chinese robotic lander and rover, which launched from China in early December, descended into a crater on the side of the Moon that’s always facing away from Earth. The touchdown marks a significant technological feat for the country, and puts China in an elite category of spaceflight achievement all its own.

The landing is part of China’s Chang’e-4 mission — one of a series of planned missions to explore the lunar surface. Prior to this program, China sent a lander and a rover to the Moon, making it the third country to ever softly land on the lunar surface. That lander, part of the Chang’e-3 mission, went to the Moon’s near side, the one we see at all times.

No one has ever been able to pull off a far side landing before, because it’s so difficult to communicate with robots on the side of the Moon we cannot see. Without a direct line of sight with Earth, there’s no simple way to get radio signals to spacecraft on the lunar far side. But China was prepared for that. The country launched a lunar satellite in May, one that will sit in space near the Moon and provide a communications relay between the Chang’e-4 spacecraft and Earth.

While on the Moon, China will get a premium view of its landing spot, the South Pole-Aitken basin. This is a region of the lunar surface that many planetary scientists have been eager to explore. The basin, which is roughly 1,550 miles wide, is theorized to be a super old crater, created when a huge rock slammed into the Moon billions of years ago. Figuring out the exact age of the basin could help us learn more about when this impact event occurred, providing clues about what the Solar System environment was like back then.

Chang’e-4 may not be able to figure out the exact age of the South Pole-Aitken basin, but it is equipped with numerous science instruments that will tell us more about this mysterious part of the Moon. The lander will soon deploy its rover, which will learn more about the composition and the structure of the rocks in this area. The lander, meanwhile, will focus on the sky, collecting data for astronomers here on Earth, who are eager to take advantage of the spacecraft’s unique position on the distant side of the Moon. At night, when the bulk of the Moon shields that area from both the Sun and radio signals from Earth, the lander should get an unparalleled view of the stars.”