And, More on Batteries!

Batteries improvements ARE the future! 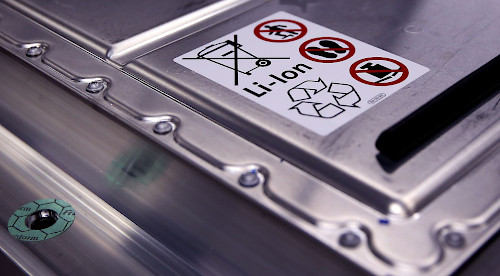 OneZero – By: Yasmin Tayag – “Chances are, if you own a smartphone or laptop, much of your life revolves around a lithium-ion battery. It’s just as likely that you know about this battery’s downsides: It eventually stops holding a charge, lithium is scarce and mining it is horrible for the environment, and sometimes, it blows up. And yet, the vast majority of consumer electronics and clean energy storage devices rely on lithium-ion batteries because right now, there’s no better alternative.

Scientists are working hard to find other options. Last week, a paper published in the journal Proceedings of the National Academy of Sciences described a breakthrough in the effort to make a potassium-based battery. Potassium batteries are considered one of the best potential competitors to lithium-ion batteries because potassium is way more naturally abundant than lithium, and the batteries could perform comparably — once a few obstacles are addressed.

‘The uneven distribution and scarcity of lithium in the Earth’s crust make relying on lithium-ion batteries as the sole source of energy storage highly impractical and uneconomical,’ study co-author Nikhil Koratkar, a professor of mechanical engineering at Rensselaer Polytechnic Institute, tells OneZero. Previous potassium batteries didn’t perform as well as lithium-ion technology, he says, but his team has now figured out a way to build one that safely provides more juice.
First, a quick recap on how batteries work: They’re a self-contained chemistry reaction made up of two electrodes — a positive terminal (cathode) and negative terminal (anode) — with a substance called an electrolyte sandwiched between them. What we think of as ‘power’ is a stream of electrons flowing out of the negative terminal to the positive side. Connecting a battery to a device and powering it on completes a circuit that allows this flow to happen.

The chemical makeup of the two electrodes is key. In a lithium-ion battery, the positive terminal is made from a lithium compound and is paired with a negative terminal made of graphite. Lithium is lightweight and especially good at freeing up its electrons for graphite to grab, which is why it performs so well. In a potassium battery, the positive terminal is made from (surprise!) potassium. But since potassium is heavy and naturally less energy-dense, says Koratkar, it doesn’t perform as well when paired with the usual graphite-based negative terminal.

Researchers attempting to make a potassium-based battery have discovered that they can get past this issue by making both the positive and negative terminals out of potassium. ‘Such potassium metal batteries can compete with commercial lithium-ion batteries,’ says Koratkar.

But there is, of course, a catch — one that other researchers attempting to perfect the potassium battery have run into before. The ‘Achilles’ heel,’ Koratkar says, ‘of any metal battery lies in the evolution and growth of sharp metal projections (called dendrites) that can short the battery and result in a fire hazard.’ These dendrites are like tough weeds poking out of concrete. If they break through the structures inside a battery, explosions could ensue.

This is where the team made its breakthrough. Rather than wrestle with dendrite formation, the researchers figured out a way to simply burn them off — a process they gently call ‘self-healing.’ To continue with the weeds analogy, self-healing is akin to periodically heating sidewalks, in a controlled way, to toast weeds into oblivion. ‘To our surprise,’ says Koratkar, ‘we found that potassium is far more amenable than lithium for such type of healing.’

If this feat can be reproduced by other researchers, potassium batteries may stand a chance at knocking lithium-ion from its throne. Of course, there’s a lot of potential for things to go wrong with self-heating batteries, but the team has shown it can be done safely in a controlled manner, at least in the small batteries that were tested. To further address safety and scale, the team plans to try reproducing these results in bigger, industrial-scale batteries.

The potential for potassium-ion batteries is enormous: They not only could make it more economical to power consumer electronics but also bigger devices, like electric cars; further, they could provide a way to store power from green energy sources like solar and wind. Excitement about these prospects appears to be reflected in the research, with scientists in Russia, Australia, and Japan publishing papers on potassium-ion batteries in just the past few months.

Research on other alternatives is ongoing as well. Koratkar roughly divides them into two groups based on the family of metal they belong to on the periodic table. Zinc is another cheap metal that shows promise (and interest from investors) as is sodium. Ultimately, it may be that no one battery — but rather a range of alternatives — takes over lithium-ion’s battery monopoly.”