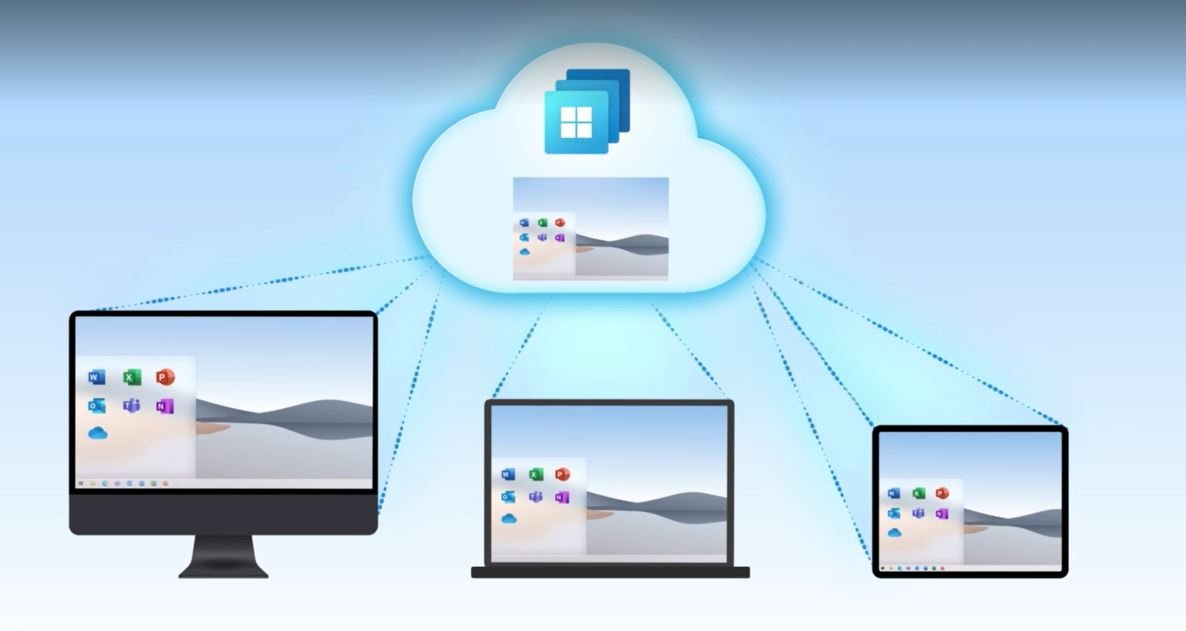 Some virtualization and Cloud Computing news: Microsoft is starting to offer Windows 10 in the Cloud (actually just a “re-branding” of their “Cloud PC.”) It will allow desktops that business customers can subscribe to, nothing for the regular consumer, of course.

Microsoft unveils Windows 365, a Windows 10 PC in the cloud

Engadget – By: D. Hardawar – “Windows 365, a new service announced today at the Microsoft Inspire conference, is basically an unintentional riff on the Yo Dawg meme: Microsoft put Windows in the cloud so you can run a Windows computer while you’re running your computer. You can just call it a Cloud PC, as Microsoft does. It’s basically an easy-to-use virtual machine that lets you hop into your own Windows 10 (and eventually Windows 11) installation on any device, be it a Mac, iPad, Linux device or Android tablet. Xzibit would be proud.

While Windows 365 doesn’t come completely out of nowhere — rumors about some kind of Microsoft cloud PC effort have been swirling for months — its full scope is still surprising. It builds on Microsoft’s Azure Virtual Desktop service, which lets tech-savvy folks also spin up their own virtual PCs, but it makes the entire process of managing a Windows installation in a far-off server far simpler. You just need to head to Windows365.com when it launches on August 2nd (that domain isn’t yet live), choose a virtual machine configuration, and you’ll be up and running. (Unfortunately, we don’t yet know how much the service is going to cost, but Microsoft says it will reveal final pricing on August 1st.)

Windows 365 likely isn’t going to mean much for most consumers, but it could be life-changing for IT departments and small businesses. Now, instead of managing local Windows installations on pricey notebooks, IT folks can get by with simpler hardware that taps into a scalable cloud. Windows 365 installations will be configurable with up to eight virtual CPUs, 16GB of RAM and 512GB of storage at the time of launch. Microsoft is also exploring ways to bring in dedicated GPU power for more demanding users, Scott Manchester, the director of Program Management for Windows 365, tells us.

Smaller businesses, meanwhile, could set up Windows 365 instances for their handful of employees to use on shared devices. And instead of lugging a work device home, every Windows 365 user can securely hop back into their virtual desktops from their home PCs or tablets via the web or Microsoft’s Remote Desktop app. During a brief demo of Windows 365, running apps and browsing the web didn’t seem that different than a local PC. It’s also fast enough to stream video without any noticeable artifacts, Manchester says. (Microsoft is also using technology that can render streaming video on a local machine, which it eventually passes over to your Cloud PC.) You’ll also be able to roll back your Cloud PC to previous states, which should be helpful if you ever accidentally delete important files.

While the idea for Windows 365 came long before the pandemic, Microsoft workers spent the last year learning first-hand how useful a Cloud PC could be. They used a tool meant for hybrid work — where you can easily switch between working in an office or remotely — while stuck at home during the pandemic.

But why develop Windows 365 when Azure Virtual Desktop already exists? Manchester tells us that Microsoft noticed a whopping 80 percent of AVD customers were relying on third-party vendors to help manage their installations. “Ultimately, they were looking for Microsoft to be a one-stop-shop for them to get all the services they need to,” he said said.

That statistic isn’t very surprising. Virtualizing operating systems has been a useful local tool for developers over the last few decades, but it’s typically been a bit too difficult for mainstream users to manage on their own. And even though a tool like Azure Virtual Desktop brought it to the cloud (Manchester assures us that’s not going anywhere either), it’s even more difficult to manage.

One thing Windows 365 doesn’t mean, at least at this point, is the end of traditional computers. ‘I think we’ll still continue to have great client PC experiences,’ said Melissa Grant, director of Product Marketing for Windows 365, in an interview. ‘You know we have a relationship with our laptops. It is our sort of home and hub for our computing experience. What we want to offer with Windows 365 is the ability to have that same familiar and consistent Windows experience across other devices.'”