“The Falcon and the Winter Soldier” Doing Well! 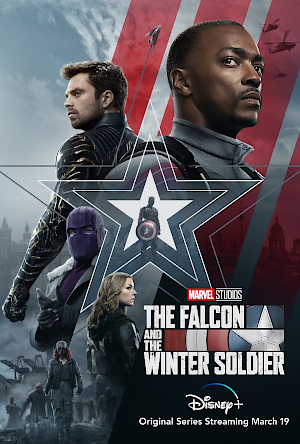 I really enjoyed this new Disney+ show! Lot’s of action, a good story, and apparently a lot of other folks thought so too!

Cord Cutters News – By: Tmera Hepburn – “‘The Falcon and the Winter Soldier’ arrived on Disney+ last weekend and has cemented its rank as the streamer’s most-watched series premiere ever. The MCU series dropped its first episode on March 19 with more viewers tuning in that weekend than for the premieres of WandaVision or The Mandalorian.

While Disney+ hasn’t released specific numbers, Samba TV reports measuring 1.7 million households tuning in over the premier weekend for The Falcon and the Winter Soldier. That beats out the 1.6 million US households that watched WandaVision on its opening weekend, according to Samba TV.

In other superhero-related news, Jack Snyder’s Justice League also premiered last weekend on HBO Max to an audience of 1.8M US households who watched at least 5 minutes of the full-length movie.

In The Falcon and the Winter Soldier, Sam Wilson and Bucky Barnes, who came together in the final moments of ‘Avengers: Endgame,’ team up on a global adventure that tests their abilities—and their patience. Directed by Kari Skogland with Malcolm Spellman serving as head writer, ‘The Falcon and The Winter Soldier,’ stars Anthony Mackie as Sam Wilson aka The Falcon, Sebastian Stan as Bucky Barnes aka The Winter Soldier. The six-episode series also stars Wyatt Russell as John Walker, Emily VanCamp as Sharon Carter, and Daniel Brühl as Zemo.

You can watch the first episode on Disney+ with new episodes premiering every Friday.”

This film is SO good! With all the silly, weird, (and even stupid, I’m looking at YOU SyFy Channel!) Sci-Fi out there, it is SO cool to see a short form video that is as good as this! REAL Science Fiction at it’s best! And, a nice little Geek Culture nod to Captain Picard on Star Trek:TNG as well!

Be Sure to Wish Fellow Geeks, “Happy Pi Day” on Sunday!

Yep, that venerable Geek holiday, “Pi Day” is tomorrow! March 14. 3.14, get it? Well, since May the fourth is “Star Wars Day” and is a Geek Holiday, then March fourteenth is as well! And, we geeks are becoming so mainstream, it seems that businesses are recognizing us!

7-Eleven: Participating stores will be offering up large pizzas — cheese, pepperoni and “extreme meat” varieties — for $3.14 each. You can get this in-store or via the 7-Eleven app. 7-Eleven will also donate one meal to Feeding America for every whole pizza purchased on Pi Day.

Blaze Pizza: As in Pi Days past, the chain is offering any regular-size pizza for $3.14. You’ll need to download the Blaze Pizza app, create an account and access the deal in the Rewards section.

BJ’s Restaurant & Brewhouse: From now through Sunday, you can get half off a large pizza for takeout or delivery with the promo code HALFOFF.

Hungry Howie’s: Between March 13 and 16, you can get a $3.14 medium one-topping pizza with the purchase of Howie Bread.

Marco’s Pizza: Buy any large pizza at menu price and get a second one (of equal or lesser value) for only $3.14. Use promo code code PIDAY.

Save A Lot: If you have one of these grocery stores nearby, stop in on March 14 for a Mantia frozen pizza for $3.14.

Your Pie: Get a 10-inch pizza for $3.14 off when you install the Your Pie Rewards app and redeem the Pi Day offer.

Boston Market: Buy one pot pie and a drink, get a second pot pie free. Also known as a BOGO, this deal requires you to use the Boston Market app. It’s good only on Pi Day.

The Fresh Market: On March 14, you can save $3.14 on the store’s 9-inch apple and cherry pies and chicken pot pies.

Jamba Juice: It’s not a pizza or a pie, but from March 12-14, My Jamba Rewards members can get one small smoothie free with the purchase of a large one.

“Deep Fake” of Back to the Future with Tom Holland and Robert Downey, Junior

I think it is funny that she doesn’t know what a “Red Hat” is. Hello? Red Hat Linux? Some confusion here, but ya gotta love the pink motif!

Season Three of “The Orville” Will Be On Hulu! 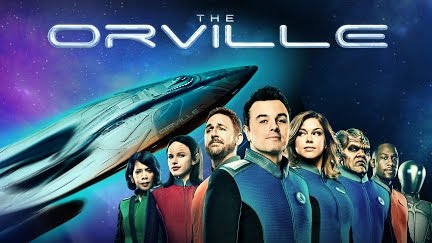 Variety – By: Joe Otterson – “Seth MacFarlane’s ‘The Orville’ is on the move.

MacFarlane announced Saturday at the show’s San Diego Comic-Con panel that Season 3 of the sci-fi series will air exclusively on Hulu rather than on Fox as it has for its first two seasons.

According to an individual with knowledge of the situation, MacFarlane’s current workload and the length of time it takes to finish work on the show’s numerous special effects sequences would have meant that Season 3 would not have been ready for a midseason debut. New episodes are now expected to launch on Hulu at the end of 2020. The streamer currently has the first two seasons available to subscribers.

”The Orville’ has been a labor of love for me, and there are two companies which have supported that vision in a big way: 20th Century Fox Television, where I’ve had a deal since the start of my career, and Fox Broadcasting Company, now Fox Entertainment, which has been my broadcast home for over 20 years,’ MacFarlane said in a statement. ‘My friends at the network understood what I was trying to do with this series, and they’ve done a spectacular job of marketing, launching and programming it for these past two seasons. But as the show has evolved and become more ambitious production-wise, I determined that I would not be able to deliver episodes until 2020, which would be challenging for the network. So we began to discuss how best to support the third season in a way that worked for the show. It’s exactly this kind of willingness to accommodate a show’s creative needs that’s made me want to stick around for so long. I am hugely indebted to Charlie Collier and Fox Entertainment for their generosity and look forward to developing future projects there. And to my new friends at Hulu, I look forward to our new partnership exploring the galaxy together.’

It is produced by 20th Century Fox Television and MacFarlane’s Fuzzy Door Productions. The series was created and written by MacFarlane. MacFarlane, Brannon Braga, David A. Goodman, Jason Clark, and Jon Cassar serve as executive producer on the series.

In the wake of 21st Century Fox-Disney merger, 20th Century Fox Television became part of the Disney empire, while Fox Entertainment became part of the standalone entity Fox Corp. Shortly after the merger closed, it was announced that Disney would assume full operational control of Hulu and that within five years, Comcast has agreed to sell its Hulu stake to Disney for at least $5.8 billion.”

Sometimes They Just “Get” Me! 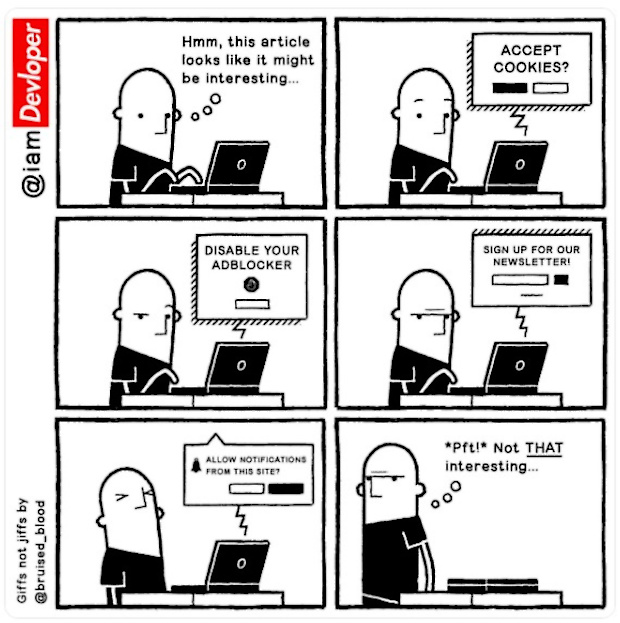