OK, this looks weird, and maybe cool! Check out the trailer!

It is coming to Fox. We will see how it goes!

Very Cool! The flaming sword called “The Shishkebab” in the Fallout 4 game is real!

The Market Business – By: Donald V. Morris – “What’s the fastest you’ve ever gone on a bicycle? Maybe 20, close to 30 miles per hour on a hill? The AeroVelo team just more than doubled that in their bullet-shaped ‘speedbike,’ reaching a speed of 85.71 miles per hour and breaking the world record for fastest human-powered vehicle at the same time.

The news comes from Battle Mountain, Nevada, where the World Human Powered Speed Challenge is currently taking place. In it, competitors are given 8 kilometers to build up their speed before reaching a flat section that stretches 200 meters. It’s there that the speeds are measured and recorded, and it’s there that AeroVelo broke the previous record of 83.13 miles per hour.

The WHPSC is basically where cyclists put their knees where their mouth is, and attempt to beat the record for pedal-powered speed. This is the 16th event of its kind and the magic 200 meter stretch was specially repaved with the annual event in mind this year.

This is no conventional bike that the team was riding, though. The speedbike is a completely enclosed, bullet-shaped vehicle that forces the pilot to lean back almost completely horizontal. A combination of weight, aerodynamics, and sheer physical endurance allows the bike to reach such ludicrous speeds. It’s like the fastest human hamster wheel you’ll ever see.

The team set the record on Thursday, but the event in Nevada isn’t over yet, so that top speed could still be eclipsed. You can keep up with the contest at the International Human Powered Vehicle Association website, or follow along with the team on Twitter.”

Have you ever played with Google Earth, or even Google Maps… and just zoomed in and out of locations on Earth? Well, now you can do that on Mars! Zoom in and out, check names of areas, and craters. Good geeky fun!

You can plan your house on Xanthe Terra one day! Look it up on the map! 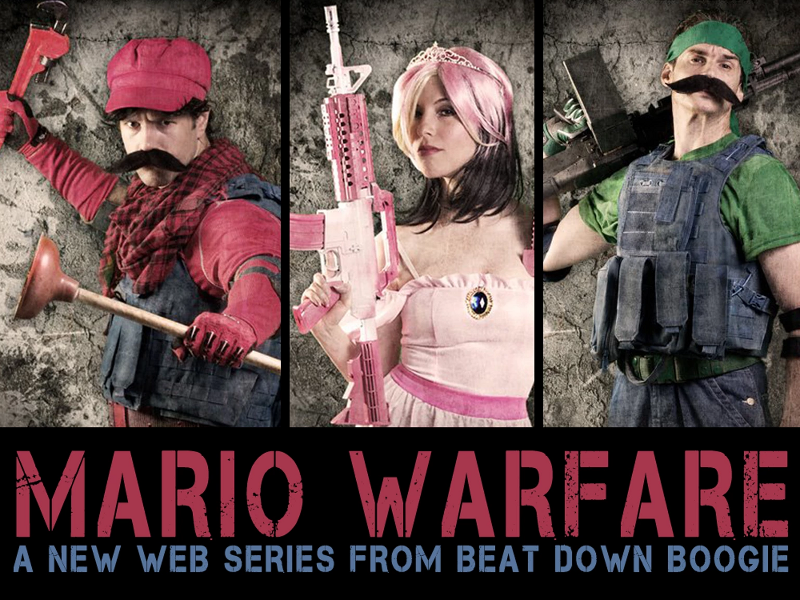 Beat Down Boogie is a troupe of COSplayer-to-the-max actors and filmmakers. They say of themselves:

“Before we were BDB, we were just a few guys making short films together. We made flicks about killer toasters, evil snowmen, and the epic struggle between ninjas and pirates.

One day we decided to make feature films. We learned a lot about filmmaking, but we weren’t happy with the traditional distribution system. Nobody cared what the audience wanted to see. Everything had to be tailored for investors, middlemen, and distributors. Those guys determined what the audience was allowed to see.
We didn’t like that. Making films for the approval of industry suits wasn’t fun. We wanted to be connected to the audience. We wanted the fun back.

We decided to return to our roots – guerrilla filmmaking. During our time spent on feature films, some amazing and affordable cameras came out. We grabbed some 7d’s and started goofing around. Before we knew it we were shooting Modern War Gear Solid.

The decision to leave traditional filmmaking has been rewarding. Our Beat Down Boogie videos have been enjoyed by millions!”

Check out Mario Warfare! (My brother-in-law was a dead soldier in this one!) It was also shot where I used to work, at the Center for Creative Leadership in Greensboro, NC!

By the way, there’s eight parts to this series, catch it all on YouTube!

And Now… the Japanese Ant-Man Trailer!

I went into this movie with low expectations. But, I liked it. Definitely worth seeing! It is the Avengers movie? No. But, it is fun!

Now, You Can Buy a Flamethrower!

Or, if you are a maker, make your own!